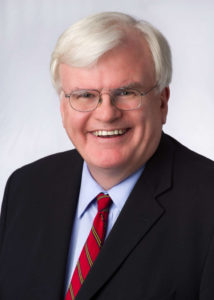 This op-ed was submitted by John Farrell, who is a Reston resident. It does not reflect the opinions of Reston Now. We publish article and opinion contributions of specific interest to the Reston community. Contributions may be edited for length or content.

With the announcement that Cathy Hudgins will not seek re-election and the entry of at least four (and maybe more) people in the June 11 primary to succeed her, it seems appropriate to propose an agenda for the candidates to address over the coming weeks as they knock on our doors and ask for our support.

The Hunter Mill District hasn’t had a primary for supervisor in many decades. And given Hunter Mill’s voting history, it’s reasonable to expect that whoever wins the June Democratic primary will be the next Hunter Mill Supervisor.

What follows is offered as a start of that conversation. Happy to see others add their questions.

The Planning Commission held a five hour hearing on raising the cap last Wednesday (Jan. 23). Few of the 30 some odd speakers spoke in favor of raising the cap.

2.  Should the Hunter Mill Supervisor use the county’s zoning power to end or reduce paid parking at Reston Town Center?

3.  Should Reston National Golf Course or Hidden Creek Golf Course be redeveloped for housing or preserved as a central part of Reston’s open space plan?

It’s been quiet on the RNGC front lately, but the owners of Hidden Creek have been holding focus groups trying to find any community support for redevelopment of that property and adjacent projects that it has recently acquired.

The Reston Master Plan allows 50 units per acre as a redevelopment option for those shopping centers. The pending PRC amendment would raise that number to 70. Should this high-rise option be preserved or eliminated?

There are only four Fairfax Park Authority facilities in Reston, but they are badly in need of maintenance or improvement.  Neither South Lakes Drive Park nor North Point Park has water to keep the grass ball fields alive in the summer or provide in-door sanitation facilities.  Yet over the last decade, millions of proffer dollars have been promised to the Park Authority. What should that money be used for in Reston?

6. The Tysons Master Plan calls for office developers to make proffer donations for recreational facilities. Should the same be expected of commercial developers in Reston?

The tenants and guests of the commercial developers will use Reston Association’s trails and other amenities. Should they contribute to their renovation?

7. Should proffer donations by developers for recreation facilities go exclusively to the Park Authority to be used anywhere in the county or go to Reston Association for use in Reston?

Developers’ attorneys report to me that even when they write proffers to give recreational proffer money to RA, the current supervisor’s staff directs them to rewrite the proffer for the money to go to the Park Authority with no strings requiring the money to be used in Reston.

8. Should Reston Association have a prominent voice in land use decisions in Hunter Mill?

The turn-out for RA elections will approach the turn-out in the June Democratic primary in Reston. Isn’t RA as legitimate a voice of our community as the McLean Citizen Association is in McLean? MCA is entirely voluntary and yet has virtual veto power over McLean land use application with the Dranesville Supervisor.

What would RA’s Design Review Board have had to say about the Blue Monster next to Plaza America or the Azkaban Apartments at the corner of New Dominion and Reston Parkways? They were never asked.

9. Should four-lane roads be reduced to two-lane roads, and the closed lane devoted to the exclusive use of bicyclists?

South Lakes Drive is getting horrible reviews from locals and the suicide lanes on Lawyers, Soapstone and Colts Neck are inviting head-on collisions and traffic jams when folks try to make overlapping left turns.

No doubt there are other questions that these candidates should answer. So let’s hear them but keep it to issues they can do something about.