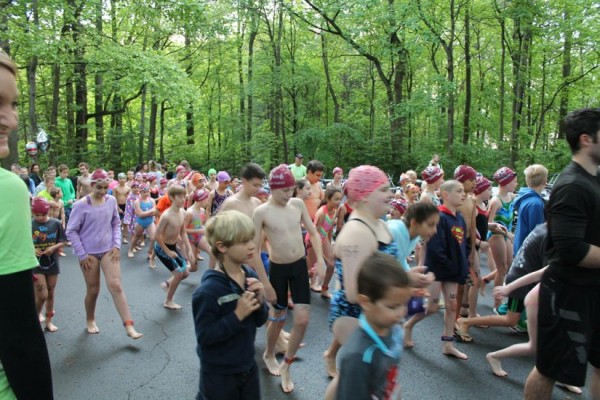 The yearly triathlon just for kids is back.

The triathlon includes athletes swimming in the heated Ridge Heights pool, biking near South Lakes High School and then running on Reston Association paths before finishing at the school’s stadium.

The triathlon is open to kids ages 6 to 15 with different distances for the triathlon’s three parts based on age groups. Registration opened on Jan. 16.

The fundraising “Be Amyazing!” triathlon began three years after “Amy’s Amigos” was founded in 2008 to honor Amy Boyle, who was battling brain cancer.

In past years, the triathlon has raised $125,000 for the Childhood Brain Tumor Foundation, which helps social entrepreneurs and small organizations.

The event is coordinated in conjunction with the CORE Foundation.