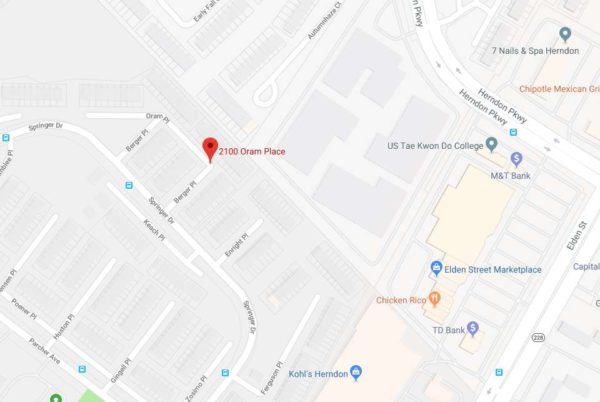 A fire that broke out in a Herndon townhouse on Valentine’s Day has left two people displaced and caused roughly $115,000 worth of damage.

Firefighters responded to the fire at a two-story, end-unit townhouse in the 2100 block of Oram Place shortly after 4 a.m. yesterday (Feb. 14), according to Fairfax County Fire and Rescue.

Crews saw smoke when they arrived on the scene and “quickly located and extinguished a fire in the basement,” the fire department said.

The two people in the townhouse evacuated after smelling an odor of smoke and called 9-1-1. They accepted assistance from the Red Cross.

Fire investigators say an electrical malfunction in the furnace caused the fire in the basement by accident.

No one has reported injuries.

Units are on scene of a townhouse fire in 2100 block of Oram Place in the Herndon area. Fire in basement with some extension to upper floors. Fire is now out. No reported injuries at this time. #FCFRD #FairfaxCounty #news pic.twitter.com/59YAgozLIG