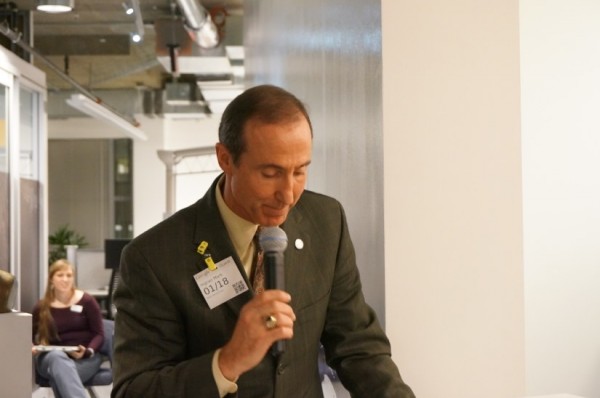 Mark Ingrao, a leader who diversified Reston’s business community and launched new collaborations and programs, plans to leave his position as president and CEO of the Greater Reston Chamber of Commerce next month.

He plans to leave a few days before what would have been his 10-year anniversary with the chamber. Ingrao will serve as Chief Executive Officer of the Northern Virginia Building Industry Association. His last day is on June 27 — the chamber’s annual awards luncheon and member meeting.

Ingrao joined the chamber in July 2009 as the chamber struggled with nearly $150,000 in debt, declining membership, and the slowdown following the recession.

“Mark led the association to historic milestones, including growing the Chamber from the 13th largest in the Washington, DC Metropolitan area to the 7th largest,” Wheeless said.

She listed his accomplishments as the following:

Ingrao says he’s been grateful and honored to serve Reston and its business community, which he has watched grow as the Silver Line comes to the the area.

“The development that has occurred in the last 10 years has been remarkable,” Ingrao said. “Reston is a planned community and it has everything that anyone would want: great housing, great work centers, great community. It doesn’t have to be built out and that’s what makes it unique.”

But that growth is not without challenge, Ingrao cautioned. Although he expects the completion of the Silver Line to reduce the number of Metro riders and commuters coming from Loudoun County, he anticipates managing traffic will be a major challenge for the community.

“I think there will be a lot of discussion about what the old Reston was and what the new Reston will be,” he said. “But the opportunities that are here will continue to grow and perpetuate.”

Ingrao’s successor has not yet been named. A search committee is leading the chamber’s recruitment efforts.

He hopes to continue to adopt a collaborative, transparent and inclusive leadership approach in his new position.

“I’ve been lucky to be here for 10 years,” Ingrao told Reston Now. “I’ve really enjoyed the people and the work that we’ve been able to accomplish. It’s been a great ride.”