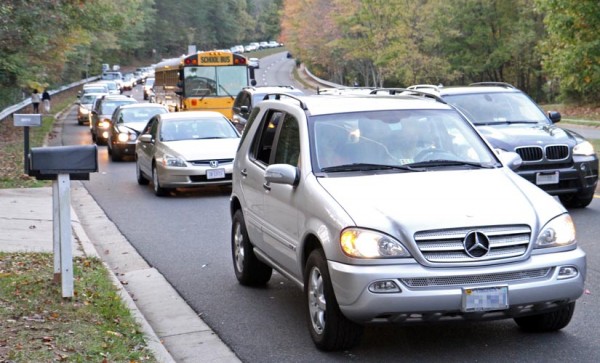 Drivers who hold a cellphone while passing through a Virginia road work zone could face a $250 fine.

The law — which bars drivers from holding cellphones in work zones — goes into effect today (Monday).

Gov. Ralph Northam signed the bill in April as part of a broad attempt to tackle distracted driving in the state. Currently, texting while driving is banned.

Northam is also cracking down on drivers who fail to slow down or move to the side of a road when police or firefighters pass by with flashing lights.

Additionally, children up to age eight must be secured in a child safety restraint that meets standards adopted by the U.S. Department of Transportation. Children must remain in a rear-facing carseat until the age of two or until they reach the minimum weight requirement for a forward-facing child safety seat.

Failure to follow the new law, which also went into effect today, will be considered reckless driving.

Lawmakers also approved a move that would free up the ability to increase local housing stock.

The quick fix changes how jurisdictions in the state bargain with developers for proffers or development conditions.