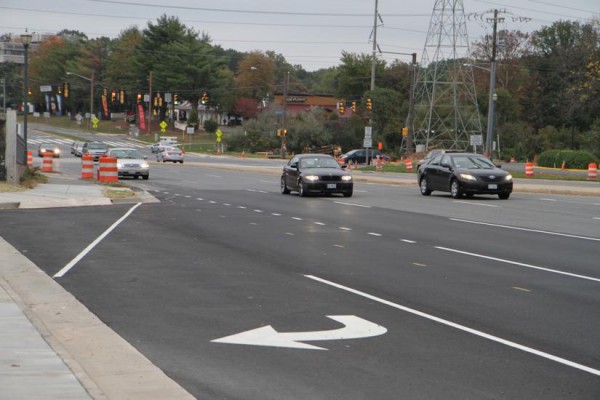 County staff are exploring ways to curb panhandling by prohibiting pedestrians from engaging with cars on medians or intersections. The Fairfax County Board of Supervisors directed staff to create a draft ordinance that would limit curb to curb interactions between drivers and pedestrians on Tuesday (July 16).

In 2017, the Fairfax County Police Department received more than 2,100 calls related to panhandling, including issues related to safety, fear of suspicious people and traffic issues.

“It is unsafe and detracts from our neighborhoods,” Braddock District Supervisor John Cook, the proposal’s co-sponsor, said in a news release. “We have good programs in this county and many nonprofit groups who help the homeless, and that is a better way to help.”

Here’s more from the proposal by Herrity and Cook:

In the past two years, there has been a noticeable increase in panhandling on medians and intersections throughout the County. While there are some who panhandle because they need to, many more take advantage of the generosity of our residents through panhandling rings. Investigation into these rings has proven that many panhandlers in our County are coming from outside the County and even outside of the state, attracted by the wealth and generosity of our residents.

The Board has sought to help those panhandlers in need by committing a significant portion of the County budget to providing services for those residents who are down on their luck. The Board has encouraged residents to direct panhandlers to these County resources including shelters, food banks, health and job matching services, instead of giving small amounts of money. It is vitally important that we connect those in need with the right services and disincentivize panhandling.

Asking for money is a protected First Amendment right. In public areas, seeking money does not violate any laws.

FCPD encourages residents to report concerns about panhandlers who may have committed traffic offenses or be in involved in criminal activity to police.

The board will consider the proposal at the Public Safety Committee’s meeting on Sept. 17.

It’s unclear how the proposed policy will maintain protected speech.

To what extent do you think panhandling is a problem in Reston and Herndon? Let us know in the comments below.