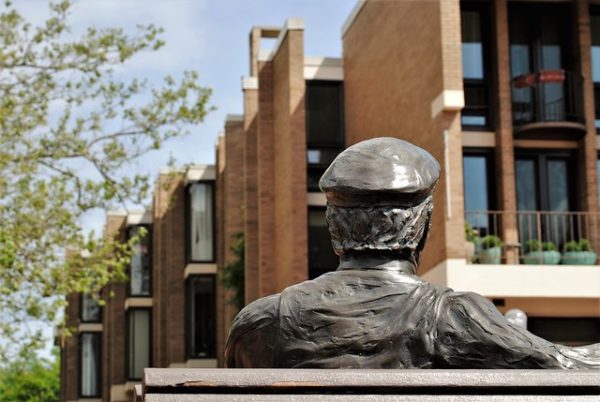 Reston Metro Center II Acquired — Consolidated-Tomoka Land Co. has acquired the building, which is located at 12180 Sunrise Valley Drive for $18.6 million. It is currently fully leased to a subsidiary of General Dynamics Corporation, one of the largest defense contractors in the world. [GlobalNewswire]

Rainbow Flag Flies Again — A new pride flag was installed at the Unitarian Universalist Church in Reston on Wednesday, July 10. The flag, which is on a pole at the entrance of the church, was stolen three times in the last three months. [The Connection]

Creative Response on ‘Overlooked’ — Callie Hawkins, director of programming at President Lincoln’s Cottage, will respond to the exhibition, which is currently on view in the gallery tomorrow. The event begins at 7 p.m. at the Greater Reston Arts Center. [GRACE]