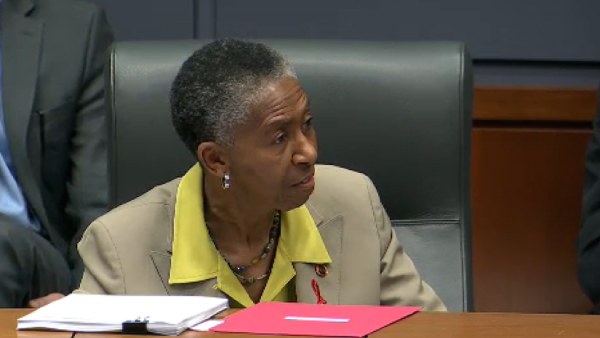 Hudgins joins other Northern Virginia elected officials — including Fairfax County Board Chairwoman Sharon Bulova — who spoke out against the proposal.

“It doesn’t like it its is appropriate and it is certainly not representative of the community we live in,” Hudgins told Reston Now.

Earlier this month, the General Services Administration issued a pre-solicitation notice stating that the government is seeking 110,000 square feet of space for up to 14 years in Arlington, Fairfax Loudoun or Prince William counties.

Hudgins also noted that shelter for unaccompanied children may not meet the needs of the children they house.

“It seems like we should be trying to restore family structure,” Hudgins said.

Virginia currently has shelters for unaccompanied immigrant children in Bistow and Staunton.