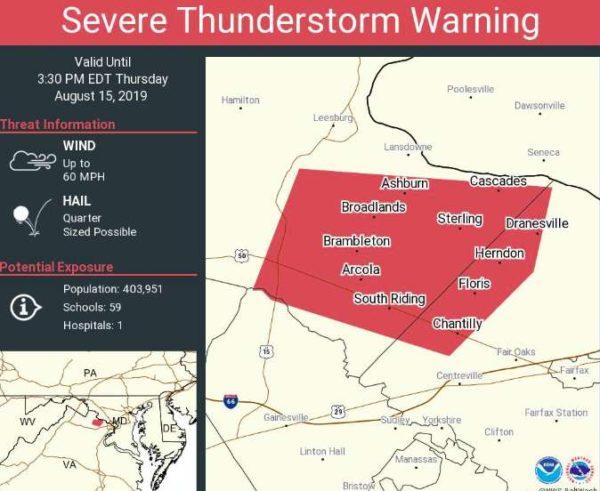 A flood warning is in effect for Reston and parts of Northern Virginia until 6:45 p.m. today (Thursday).

The National Weather Service says that thunderstorms and heavy rain are likely to cause flooding. More than two inches of rain have already fallen in the region.

Earlier this afternoon, NWS also issued a severe thunderstorm warning, which stated that damaging winds are expected to cause damage to trees. Localized power outages are also likely.

Hail and wind gusts of up to 60 miles per hour are expected.

IMPACT…Damaging winds will cause some trees and large branches to fall. This could injure those outdoors, as well as damage homes and vehicles. Roadways may become blocked by