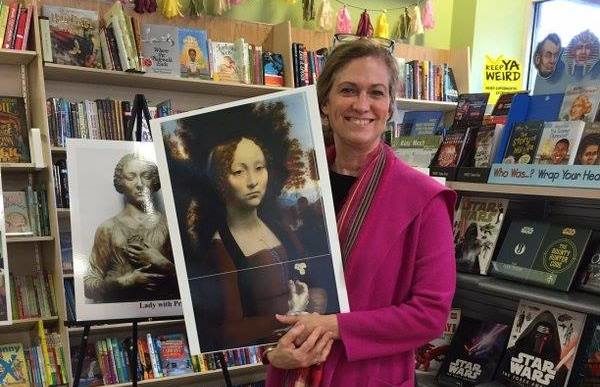 An author, history buff and former journalist will speak in Reston next week about her recent historical novel.

Laura Elliott will be at Sunrise Senior Living (1778 Fountain Drive) on Tuesday (Oct. 1) to give a presentation on her novel “Hamilton and Peggy!: A Revolutionary Friendship,” which explores the friendship between American historical figures Peggy Schuyler and Alexander Hamilton.

The event is part of “Creative Conversations” at the senior living facility, with similar talks scheduled through 2020, according to Connection Newspapers. The event begins at 6:30 p.m. and is open to the public.

Elliott began her writing career as a journalist and was a senior writer with Washingtonian where she said she wrote about women’s issues. Later in her career, she decided to become a novelist and has written nine novels so far, she told Reston Now.

She said she decided to write the novel after learning about their friendship — Peggy helped Hamilton by acting as a “wingman” to help Hamilton court her sister, Elizabeth.

Elliott said that many of her readers first became interested in the topic after hearing about the popular Broadway musical “Hamilton.”

“It’s amazing how much history they fit into the musical,” Elliott said.

She will tailor the presentation to the audience, understanding that some of the seniors at the living community may be veterans, she said.

“The thing about seniors is that they know their history,” Elliott said. “I really do try to gauge what interest the audience most and leave time for questions.”

Looking forward to the future, Elliott said she is discussing with her publisher another book focusing on other prominent figures from the era. She told Reston Now she is considering writing a novel about John Laurens, who was a soldier during the Revolutionary War.