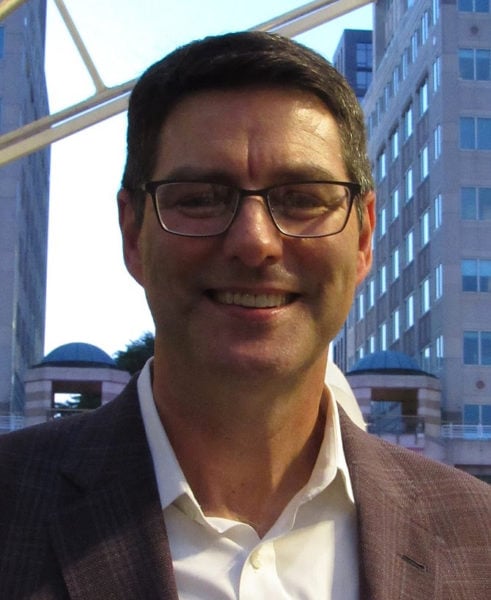 State Gov. Ralph Northam has appointed Robert Goudie, board chair of the Greater Reston Arts Center to take part in the Virginia Commission for the Arts.

The commission is state agency tenant supports the arts by seeking funding from the Virginia General Assembly and the National Endowment for the Arts.

Goudie is also the executive director of the Reston Town Center Association, where he expanded the RTCA’s programming. He also helped found Public Art Reston and serves on its Board of Directors. He is also a member of ArtsFairfax’s advocacy committee.

GRACE wrote the following about Goudie:

In the six years that Mr. Goudie has served as GRACE Board Chair, GRACE has built out its exhibition and educational content and Northern Virginia Fine Arts Festival in service of a new vision to identify GRACE as an important cultural destination along Metro’s Silver Line and grow its voice in the DC metropolitan region’s cultural conversation; added to its board depth and diversity; grown its financial capacity; forged new partnerships with prestigious downtown institutions like the National Gallery of Art and others; built a strong strategic partnership with George Mason University and added collaborations with other educational institutions; added a satellite gallery at the Signature building in Reston Town Center; and was recognized as one of only four visual arts institutions in the entire Commonwealth to receive a VCA 50th anniversary award.

In a statement, Goudie described the appointment as an “institutional honor.”

“We have a very dedicated and talented Board of Directors, a superb staff led by our Executive Director and Curator, Lily Siegel, and fantastic supporters,” he said.