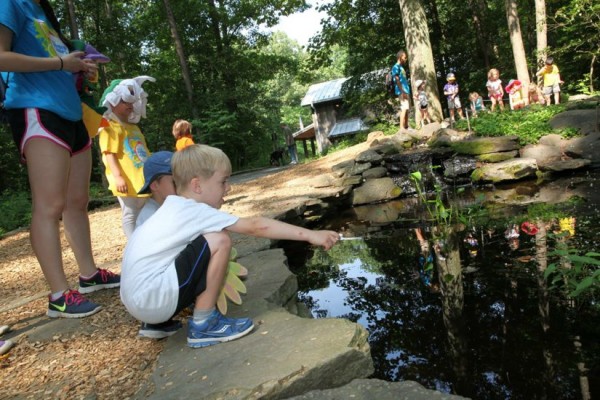 The Reston Association has decided to rename its camp program and add more options for people hoping to get involved next summer.

In 2020, the camp will offer new programming including a boating camp, aquatics camp, a young naturalist program and several others along with their traditional programs, according to Laura Kowalski, the director of recreation and environmental education for Reston Camps.

The organization also plans on revamping its lifeguard program.

Kowalski said that camp organizers will look at camp offerings and make changes to programming based on parent feedback, national trends and registration statistics from past years.

Regarding the name change, Kowalski said the organization decided it better suited their mission. “With any company, sometimes you just need to refresh.”

Reston Camps was originally founded in 1974, according to Kowalski and is the oldest camp in the area.

Katherine Caffrey, the camp director, said the program is constantly trying to evolve and suit the wishes and needs of campers.

A while back, Reston Camps instituted a ride service that picks kids up and drops them off at their home or parents’ work. Caffrey said that many parents aren’t aware of the program and encourages people to use it.

One thing that makes Reston Camps unique is its partnership with local scientific organizations, according to the organization’s staff.

“We have a pretty unique relationship with the United States Geological Survey,” Caffrey said.

Reston Camps works with USGS to schedule tours for kids and encourage an appreciation for science.

The new program announcements and registration can be found online. A lot of parents sign up their kids early, around January or February in anticipation for summer programs, Kowalski said.

Reston Association's camp program name has changed from RA Camps to Reston Camps. Along with the name change, there will be additional camp offerings in 2020. You can read about the new camps in the inaugural edition of the RA Activities Guide.#Reston #EnjoyReston #RestonCamps pic.twitter.com/gVcLbyODMX