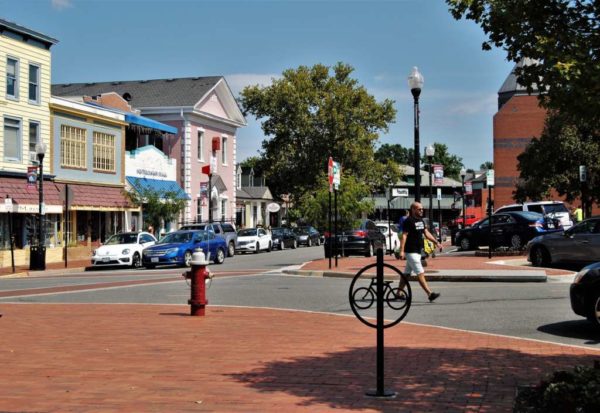 The Town of Herndon is exploring new transportation projects for South Elden Street, Central Elden Street, and the creation of the Metrorail Station Promenade as part of budget planning for capital projects.

In a draft proposal for the FY2021-FY2026 Capital Improvement Program — which creates a six-year schedule for public improvements — the town will pursue five new projects, in addition to 43 ongoing initiatives.

The Town of Herndon is exploring funding opportunities for transportation projects for South Elden Street, Central Elden Street, and the creation of a signature plaza area near the Herndon Metro Station as part of budget planning for capital projects.

In a draft proposal for the FY2021-FY2026 Capital Improvement Program (CIP) — which creates a six-year schedule for public improvements — the town will pursue 48 projects, including five new ones.

The signature plaza area with a public space that extends from the entrance of the Herndon Metro Station to Herndon Parkway is planned. The project, “Metrorail Station Promenade,” will include “rich streetscape and areas for outdoor activities” in order to activate the space.

The plan also includes updates to South Elden Street to replace the undivided five-lane street with a median and left-turn lanes, as well as new pedestrian and bicycle facilities. Pedestrian safety improvements to improve Central Elden are also planned. The town has submitted an application to receive state funding for this project.

Other new projects include security improvements for town facilities and updates to a police server room.

Staff noted that the $54 million total is a big jump from the FY20-25 CIP. But the total net increase is similar to previous years if town matching funds for more than $65 million for Elden Street and Spring Street are taken into account. The current $54 million.

In a memo to the town’s Planning Commission, staff noted that changes to the draft CIP are expected as the town manager finalizes the budget and makes recommendations to the Herndon Town Council.

The commission will hold a public hearing on the proposal today (Monday) at 7 p.m. in the Herndon Council Chambers Building (765 Lynn Street).