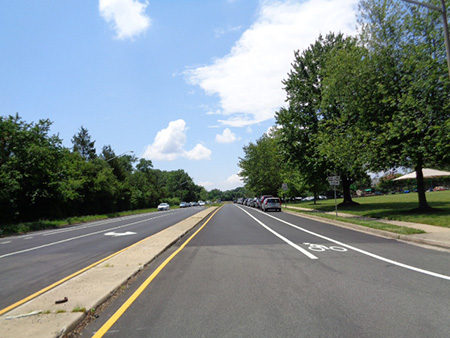 Several paving and restricting changes are planned for roads in the Hunter Mill District.

State and local officials are planned to add bike lanes and left-turn lanes on Beulah Road, as well as shared lane marks on the narrow parts of the road. On-street parking is expected to remain at the site.

Residents could also see bike lines on Glade Drive between Colts Neck Road and Glade Bank Way. On-street parking will remain on both sides of the road, but on-street parking west of Charterhouse Circle could be converted to bike lanes because it is underutilized.

Bike lanes are also planned on Pine Valley Drive between Old Courthouse Road and Higdon Drive. This project will require narrowing the road.

The existing left turn lane into the West Market Community neighborhood could be converted into a pedestrian refuge. Left turns into Market Street would be limited and alternative routes into the community through Crescent Park Drive will remain.

Paving projects are expected to begin in April and continue through November.  State and local transportation officials identify repaving and restriping projects annually in order to implement the county’s comprehensive plan.

The feedback period for comments closed on March 10.