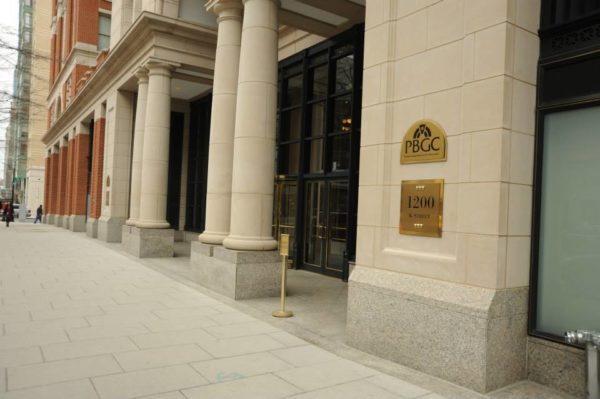 A Herndon man who was the former procurement director for the Pension Benefit Guaranty Corp. pled guilty to a bribery conspiracy yesterday (Monday).

According to court documents, Jeffrey Donahue, 42, received cash payments and other items — including the promise of a job — amounting to $1 million from Nadeem Ansari, a Haymarket resident, in return for steering PBGC contracts to Ansari’s company.

Nearly five years ago, Donahue offered to help Ansari’s new company win a $55 million contract in exchange for a future job with the company. The Herndon resident helped Ansari complete the proposal process, including the disclosure of labor pricing estimates. When the company did not win the contract, Donahue helped Ansari write bid protest.

Here’s more from the U.S. Department of Justice on the case:

In 2016, Donahue proposed a second arrangement with Ansari in which Donahue would receive up to $125,000 from Ansari and his company in exchange for steering a contract to Ansari’s company. PBGC awarded the contract to Ansari’s company, which resulted in payments to the company totaling approximately $3.29 million. Donahue steered the contract by, among other things, providing sensitive, non-public information and work product to Ansari; providing guidance for contract pricing; and adjusting the terms of the contract to align with the qualifications of the company’s personnel. Donahue received at least $48,000 in cash, plus additional gifts. Donahue and Ansari also took steps to conceal the scheme and their communications with each other, including using separate, dedicated cellular telephones and e-mail accounts and communicating through encrypted software.

Ansari also pled guilty to one count of conspiracy to bribe a public official. Sentencing for both men is set for Sept. 11.

The PBGC is a federally-chartered corporation that aims to protect retirement security through single-employer and multi-employer plans.