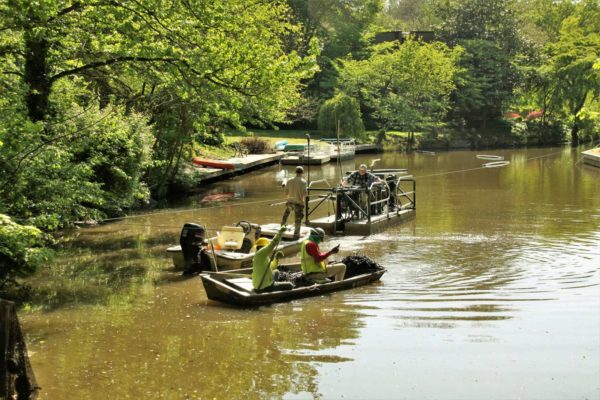 Local Police Investigate Attempting Robbery — A man attempted to take cash from a truck driver while he was sitting in his vehicle on  May 13 at around 3:50 p.m. The incident happened on the 1500 block of Cameron Crescent Drive. The suspect ran away and no injuries were reported. [Fairfax County Police Department]

Reston Woman Creates “Dating While Gray” Podcast — “On Thursday, Laura Stassi of Reston posted the latest episode of “Dating While Gray,” a biweekly podcast focusing on love and relationships in the 50-and-over crowd. The new episode marks the end of the podcast’s first 10-episode season. The 59-year-old writer and editor, who has authored several nonfiction children’s books, never imagined she would get the chance to host her own podcast. It’s not what she had planned.” [Reston Patch]

Reston Association Board Elects Officers — At a meeting earlier this week, the Board of Directors elected four of its officers for the coming year. Julie Bitzer is president, Caren Anton is vice president, John Mooney is secretary and Robert Petrine is treasurer. [Reston Association]

Cause of Great Falls House Fire Under Investigation — Authorities are investigating why a house on the 800 block of Walker Road caught fire on Tuesday, May 12. One resident was displaced as a result of the incident. [Fairfax County Fire and Rescue Department]