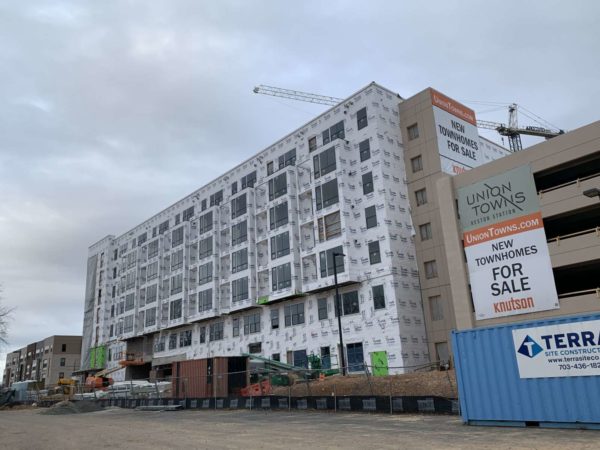 (Updated to include new information about a dog park, green space, and a clarification about the starting prices).

Construction on a new set of townhomes in Reston is slated to begin in the coming weeks.

Union Towns near Reston Station will consist of 26 new units, according to the developer’s website, adding that prices start in $800,000s.

Lauren DeSomma, the vice president of marketing for Knutson, said that she expects hard-hat tours of the property to be available to interested buyers as early as the end of June.

Knutson received building permits just last week according to DeSomma, who added that the company is in the process of setting up a sales trailer as well.

“In the community there will be a dog park and green space for homeowners to enjoy,” DeSomma said. The community is only a five-minute walk from the Wiehle-Reston East Metro Station, which features shopping, dining, salons, specialty fitness and more.

Once moved in, people will have access to amenities like public art, green spaces, a nearby pool and a dog park, according to DeSomma.

More Stories
Del. Ken Plum: Beyond Equality to Equitable Funding of Our SchoolsReston Community Claps Back Against Hate Incident With Chalk Art