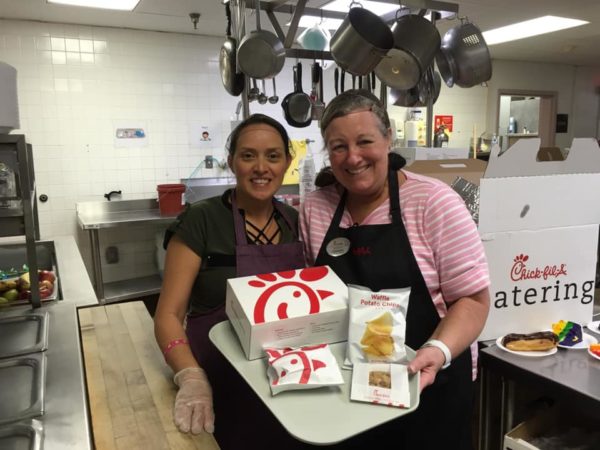 Tomorrow (June 9), a Reston Chick-Fil-A and the CORE Foundation are partnering to collect food and shoes for people in need.

The drive, which is one of several set to take place in the area, will run from 5 to 7 p.m. at Chick-Fil-A  (1494 Northpoint Village Center) and those who donate will receive a special offer from the eatery, according to the Facebook page.

For those who are unable to make the specific hours, people can still drop donations outside in a bag on a designated table or at the drive-through, according to the post.

“Your donation of canned goods and pantry items as well as gently used shoes will be delivered to Supporting Seniors in Place, Helping Hungry Kids and other food pantries,” the Facebook page.

The CORE Foundation, an organization based in Reston, helps small entrepreneurs reach their goals, according to its website, but also runs other fundraisers and support efforts.

Next week, the drive will be held at Glory Days in Reston, according to Mark Moody, a CORE Volunteer.

“If successful, we will continue this year-round to help keep our pantries stocked,” he said.