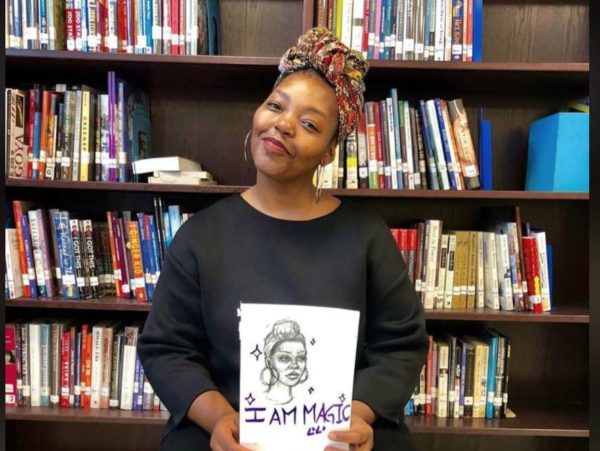 After being prompted by the murder of George Floyd and national protests in support of the Black Lives Matter movement,  community members in Reston are turning to local bookstores for resources on systemic racism and the black community.

“We have seen a profound uptick in sales for books by and about people of color, diversity, black lives matter issues and titles that address the causes and effects of racism (both fiction and nonfiction) over the past few weeks,” she said.

In the coming weeks, the location will also be organizing free books talks and events to help promote activism and education.

On Thursday (June 18), guests can tune into Zoom to hear from Daven McQueen about her new novel, “The Invincible Summer or Juniper Jones,” which focuses on a biracial adolescent sent to live with his aunt and uncle in Alabama in 1955,” according to McMahon.

Later in the month, on June 25, Mahogany L. Browne will give a book talk about her novel “Woke: A Young Poet’s Call to Justice.”

Some of the best sellers so far include “‘How to be an Antiracist‘ by Ibram X. Kendi, ‘Stamped from the Beginning: The Definitive History of Racist Ideas in America‘ by Ibram X. Kendi and ‘White Fragility‘ by  Robin D’Angelo,” McMahon said.

Because of high demand across the country, some of the books are on back-order form publishers, according to McMahon but they would once again be available on shelves later this month.

“We ensure our inventory increases along with demand for specific titles and topics, so we can fill orders as quickly as possible,” she said.

At the shop, some of McMahon’s favorite titles for all ages from Black authors include:

For those wanting to explore other local shops around town, Reston’s Used Book Shop (1623 Washington Plaza North Lake Anne) also carries titles from black authors, but given the nature of a used book shop, one employee said they cannot guarantee that they will have specific titles.

“There’s been an increase in requests,” said one of the employees at Reston’s Used Book Shop. “Because we are a used book store, its just a matter of what we have in the shop.”