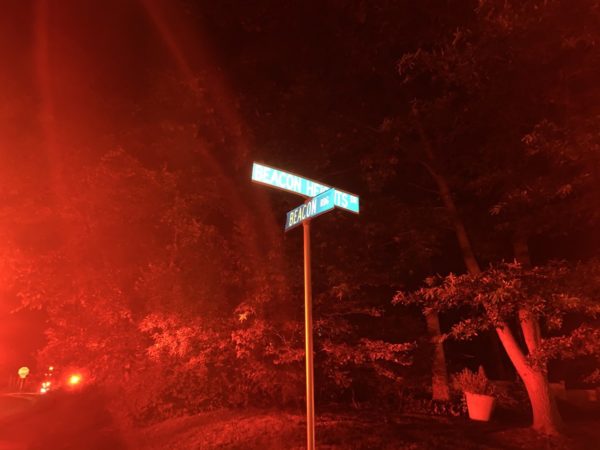 Several teens were swimming in the water when the teenage boy went underwater and did not resurface. Rescue crews began searching the scene with the assistance of a helicopter shortly before 9 p.m. yesterday. His body was found roughly one hour later.

He was pronounced dead at the scene.  Autopsy results are pending, but detectives do not suspect foul play.

“We dispatched our police chaplains last night to help console this community and we cannot imagine the grief and pain that this family is experiencing. They are certainly in our thoughts,” an FCPD spokesperson told Reston Now.

In recent weeks, county officials have urged residents to avoid swimming in lakes and other areas where swimming is typically prohibited. Some swimmers have been spotted in Reston lakes in recent days.

Units currently on scene in the 2000 block of Beacon Heights Drive in Reston, Lake Audubon.
Technical Rescue Team searching for a juvenile that disappeared under water. @FairfaxCountyPD helicopter and K9’s assisting. #FCFRD pic.twitter.com/63xz8gKUiI