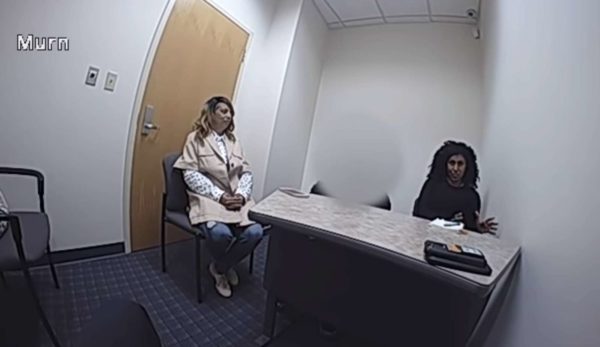 The Herndon Police Department has released body camera footage and a police report to refute allegations that a local police officer was hostile during an investigation of bus fight between two Herndon Middle School students late last year.

The footage and redacted police report were released yesterday (Tuesday) to challenge allegations by the NAACP of Fairfax County that HPD Officer Michael Murn was “openly hostile and angry” during an interview with Sandra Barksdale, her 13-year-old son, Khaleaf Ali, and Sujatha Hampton, the NAACP’s education chair, following the incident. Hampton also stated Murn pointed her finger angrily at her during the interview.

Barksdale alleges the school system and the police department criminalized her son, who she says was the victim in the fight, not the perpetrator. She also contends the officer falsified the police report.

During the follow-up meeting in October of last year, Murn explained that interviews with eight students — who were interviewed with parent permission on school property — indicated that Barksdale’s son started the fight against the student.

Murn said students indicated her son used inappropriate language — including the f-word and the n-word — and assumed a “doubling down posture” against the other student, who was at the back of the bus at the time of the incident.

The officer also added that his interviews indicated bullying began right away and that the other child was defending himself.

“If these children were talking about my child, I would want to know,” Murn said.

The incident occurred on Town of Herndon property.

Barksdale and Hampton expressed confusion about the interviews and requested a police report of the incident during the interview.

The NAACP of Fairfax County maintains Barksdale’s son was the victim of the assault. Video of the bus incident corroborates their claim, according to remarks delivered yesterday.