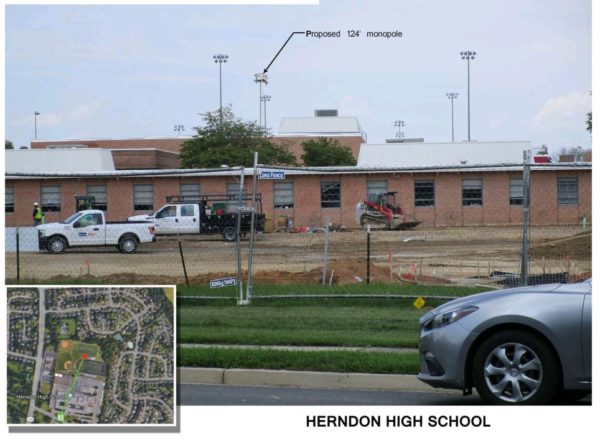 After several deferrals, a proposal for a new cell tower at Herndon High School cleared the Fairfax County Planning Commission.

At a meeting Wednesday night, the commission unanimously voted in favor of the project. Milestone Tower Limited Partnership plans to build a 114-foot monopole and other equipment for the facility, which could be blocked off by an eight-foot-tall fence. The facility is expected to improve cell phone coverage for Sprint customers.

Ulfelder said he believes the changes, which were reviewed by staff last month, are adequate. He added that he was unsure critics would be happy with project unless it was completely withdrawn.

Milestone submitted several revisions earlier this year, which the county’s staff recommended for approval in an addendum to their initial report.

The project heads to the Fairfax County Board of Supervisors for a vote later this month.