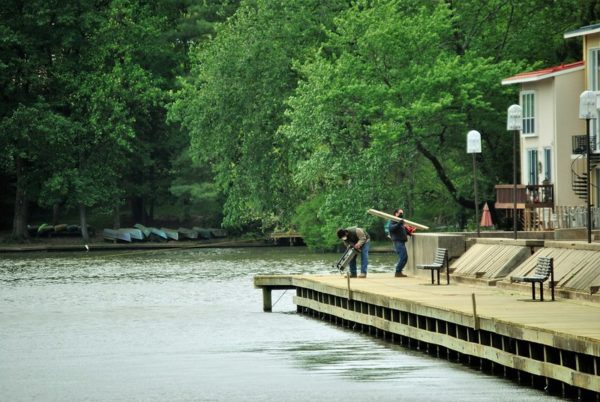 Herndon Man Arrested in Assault Case — Davon Anthony Perry, 22, of Herndon was charged with aggravated assault, brandishing a firearm and destruction of property after he turned himself in. Police believe Perry shot a woman he knew with a BB gun multiple times. [Herndon Police Department]

Virtual Career Fairs Connect Job Seekers — “Despite the pandemic, Northern Virginia’s robust job market remains strong–with more than 60,000 job openings in the region, including 34,000 in Fairfax County. But interviewing and hiring can be a challenge because of social-distancing protocols in place because of the COVID-19 pandemic. The Fairfax County Economic Development Authority (FCEDA) has stepped in with virtual job fairs that connect job-seekers with companies that cannot hold in-person events.” [Fairfax County Economic Development Authority]

Second Summer Set Down End in Sight — “Metro tells ABC7 work is going faster than expected at some of the nine stations that shut down this summer as part of its second ‘summer shutdown.’In addition to the entire Silver Line, Metro shut down four Orange Line stations in Virginia back on Memorial Day weekend. The Orange Line stations were shut down in order to do platform reconstruction work.” [WJLA]