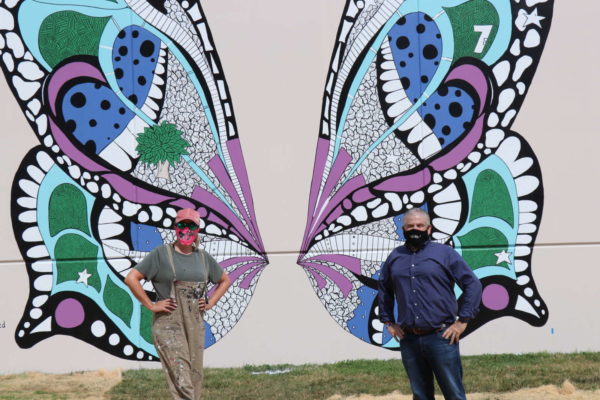 A parking garage in Reston got a facelift after artist Kelsey Montague completed a mural at the request of American Real Estate Partners in late July.

“Reston Wings reflects our dedication to the community and fulfills our promise to create dynamic places that inspire and elevate experiences not just for our customers but also for neighboring residents,” said Paul Schulman, Principal and Chief Operating Officer of AREP. “We’re excited to challenge the preconceptions of large-format community art as an urban phenomenon and introduce this suburban opportunity for people to become a part of the canvas and be more fully engaged with their community.”

Montague is an international street artist who has street murals around the world, including in Istanbul, New York City, Cape Town and Buenos Aires.