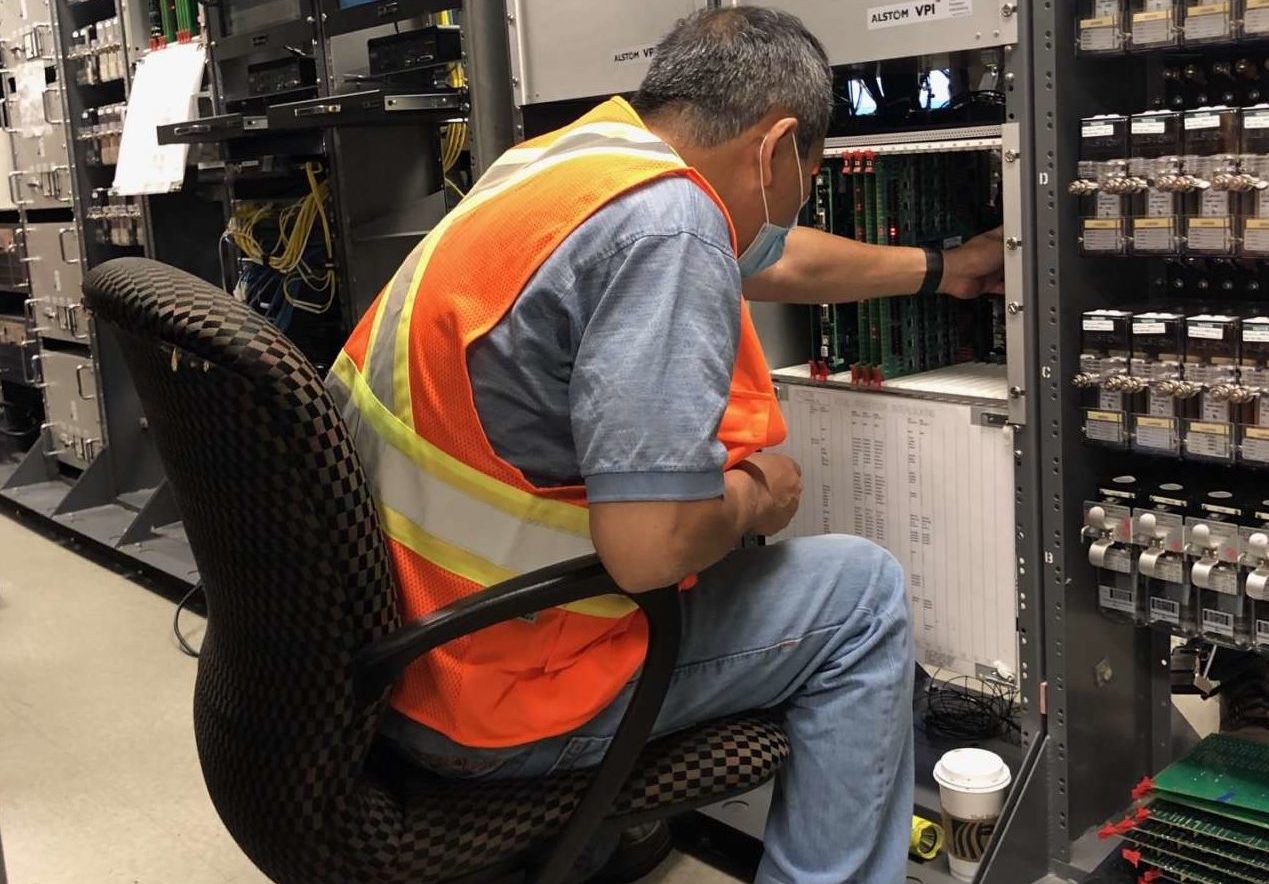 The Dulles Corridor Metrorail Project teams have completed the train control system connections for Phase 2 of the Silver Line Tie-In.

This connects the line to the rest of the region’s transit system and is a major step towards the completion of the rail line extension from the Wiehle-Reston East Station through Dulles Airport to Ashburn in eastern Loudoun County, according to a statement from the Dulles Corridor Metrorail Project.

“Finishing the critical tie-in this summer means 13 previously planned WMATA shutdowns that had been planned over the coming months will not be needed,” said Charles Stark, the Airports Authority senior vice president and head of the Dulles Corridor Metrorail Project.

There will be three additional one-day shutdowns in November and December for systems and dynamic testing.

The project is aiming to turn over Phase 2 of the Silver Line to the WMATA around the first of the year, said the statement. Once construction and testing are complete, the Airports Authority will give authority to the WMATA.

The first phase of the Silver Line project from East Falls Church to Wiehle-Reston East with four stations in Tysons opened in 2014, according to the statement. Completion of Phase 2 from Wiehle Ave. to Ashburn will include stops at the Reston Town Center, Herndon, Innovation Center, Dulles Airport and Loudoun Gateway stations.