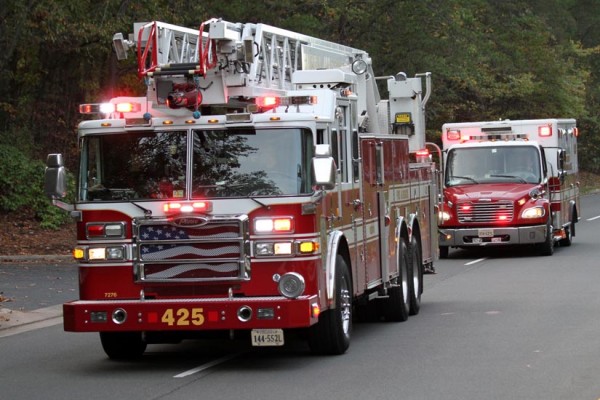 The Fairfax County Fire and Rescue Department dispatched units to the 11500 block of Greenwich Point Road at 5:17 on Saturday after receiving a report of a house fire.

Witnessing fire on the house’s roof when they arrived on the scene, responders worked to control the fire from the building’s exterior before transitioning inside to extinguish the blaze.

The fire was accidental in nature, resulting from an electrical event that started in the interior wall of a second-floor bedroom, the department reported in a news update on Wednesday.

According to the fire and rescue department, two occupants were home at the time of the fire. They self-evacuated after a neighbor who observed flames on the roof alerted them to the fire, which did not activate smoke alarms due to its location in the house.

No civilian or firefighter injuries have been reported as a result of the fire.