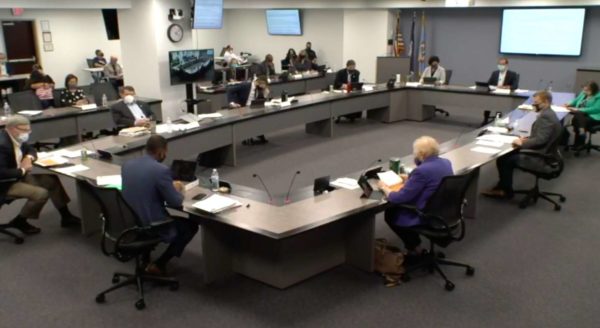 Amid a year where national policing reforms were brought into the spotlight, Fairfax County is reviewing a suite of changes at a local level to improve police accountability.

At a Public Safety Committee Meeting, Chairman Rodney Lusk presented an overview of proposed changes in what was described as possible changes rather than new policies set into stone.

Near term considerations included improved data collection to improve accuracy, with ethnicity and a breakdown of arrest data included in documentation. Data would be released quarterly.

One of the other practices that’s come under fire nationally is the firing and immediate re-hiring of police officers across jurisdictions. One proposed change would crack down on that as part of a statewide push to make decertification easier.

“Consider and discuss implementation of state legislation related to the decertification of law enforcement officers who have been terminated or resigned for misconduct and the request and disclosure of information for prospective law-enforcement hires,” the input matrix said.

While many of the items items being considered focused on more transparency and restrictions on police, another item being considered was a review of how to boost morale in the police department, which Lusk said was at an all time low.

The committee also considered some mid-term options, like reviewing regulations around school resource officers and a review of Fairfax County Police Department use of force policies. with more data about the racial distribution of arrests, another mid-term goal was reviewing racial disparities in use of force and arrests.

“These are public suggestions… not approved by the board,” said Fairfax County Board chair Jeff McKay. “This is a parking lot of ideas that have come through your office and now must be adjudicated by this board based on data and conversations… Some of these will go off to other committees.”