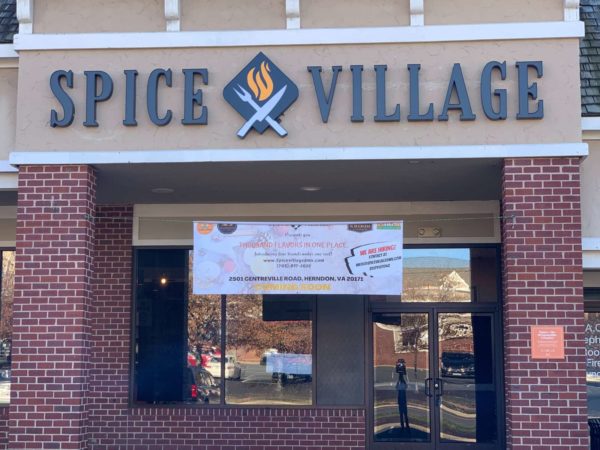 Some new food options are coming to Herndon as Spice Village is set to open this month at the Village Center at Dulles.

Spice Village will function as a food hall featuring four restaurants and their takes on halal. There will be halal options with influences from China, Portugal, the United States and the Shinwari, a Pashtun tribe in Afghanistan and Pakistan.

“Some people, they have their different tastes; some have a preference for Chinese, some want to have steaks,” owner Zayan Abbasi said.

“So, if there are five, six or seven family members, if somebody is not happy with one thing, there will be another option under the same roof and they won’t have to go to another location.”

Abbasi says he is aiming for Spice Village to have a soft opening in the middle of November. He’s been planning to open this space for two years.

The first of the restaurants inside Spice Village to open will be Peri Peri Original, an international chain restaurant. Abbasi plans to have Mandarin Halal Express open two weeks following the opening of the food hall.

Kallisto Steakhouse and Khybar Shinwari, respectively, will open over the next couple of months.

While the food hall has yet to open, Abbasi says he’s already received plenty of interest from the community.

“We have had a very good response so far,” he said. “I receive a lot of calls every single day and receive emails. People are ready for that concept, and they’re very excited.”

Abbasi is planning for a grand opening in about two or three months. He says he is holding off due to COVID-19 safety reasons and a desire not to create “long queues” at this time.