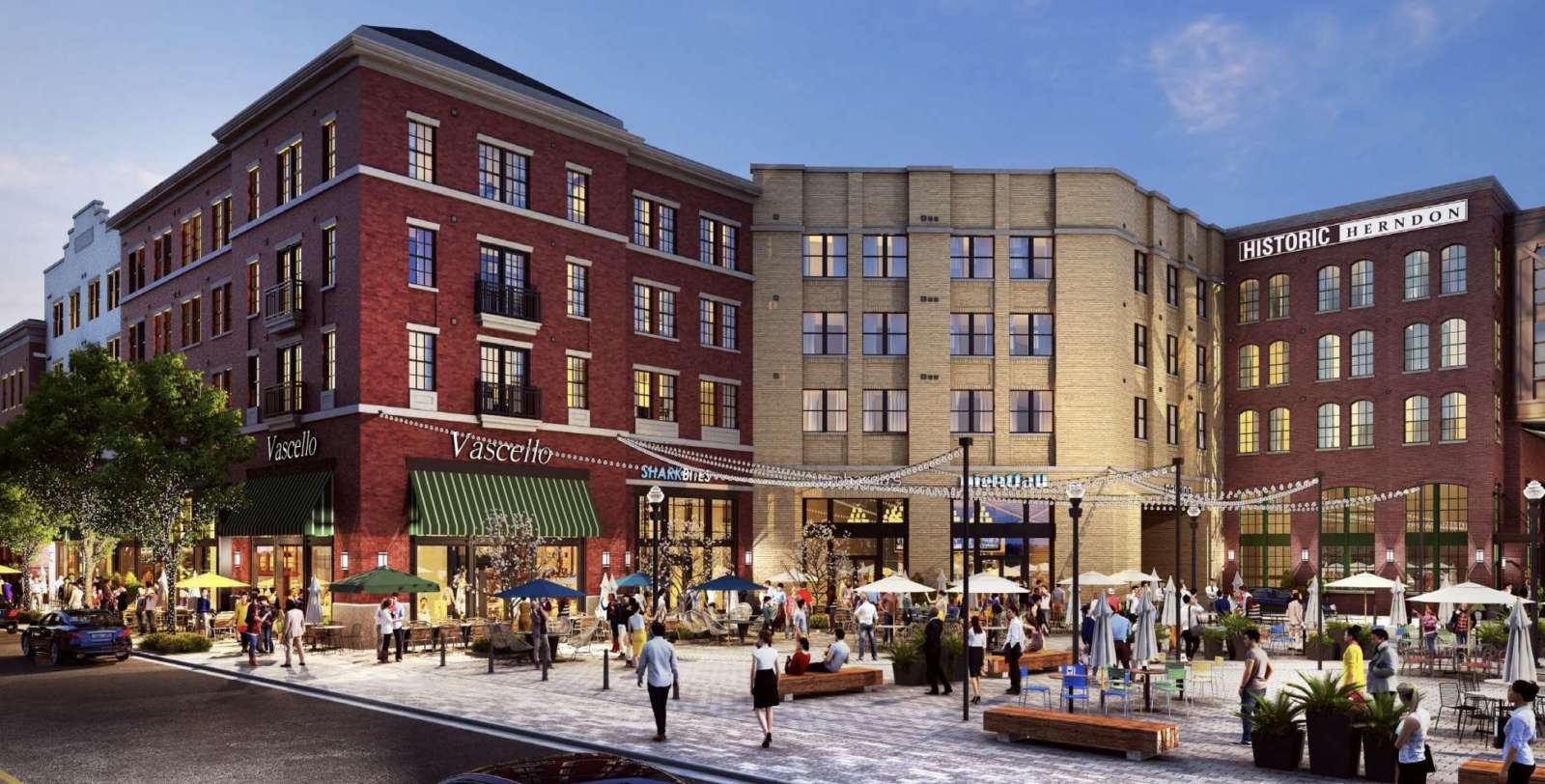 The Town of Herndon and Comstock Companies are set to close on the redevelopment of downtown Herndon on Dec. 15, bringing a long-anticipated project mired by nearly a year of delays to fruition.

In a memo to the Herndon Town Council, which will discuss the matter on a Nov. 10 work session, staff attributed delays to a “significant rise in labor and material costs” in the DC construction market since 2016, an issue that was exacerbated by the COVID-19 pandemic.

“This week is a lesson in patience for Americans….  and for Herndon patience is paying off,” said Mayor Lisa Merkel, whose eight-year time as mayor has revolved around the redevelopment project.

The Town of Herndon will sell 4.7 acres of town-owned land for $10 million to Comstock, which will develop the area into a mixed-use neighborhood with 273 apartments, a 787-space parking garage, an  18,000-square-foot arts center, and 17,000 square feet of retail space.  The town purchased the land for $5.8 million and will pitch an additional $3.6 million for the project to cover the following:

The Herndon Town Council will consider the matter at a work session on Nov. 10.

To close, both parties negotiated a new comprehensive agreement that was finalized after months of deliberation and few answers on why the project was stalled. The previous agreement was signed by the town in 2017. The council will vote on the proposed agreement.

“In the interest of the continued forward movement of the project the Town and Comstock now desire to amend the Comprehensive Agreement in order to better address the changes in the market, unforeseen effects of COVID-19 and to provide both parties maximum advantage,” the memo states.

Per the agreement, Comstock must begin construction of the project by Dec. 31 of 2021 after a closing date of Dec. 15. The company will also pitch in $10 million instead of $5 million to cover costs associated with the arts center and parking. Among other changes, appropriation for the project will be required before closing and Comstock will be allowed to pause construction due to market conditions and other delays caused by the pandemic.

Additionally, Comstock will receive several tax breaks, which were recently established by the Herndon Town Council.

The company will have to pay $2.5 million less in fees for water, sewer, and building permits than typically allowed. At the time, the town declined to indicate if the recently-passed tax rebates were designed for the redevelopment project in downtown Herndon.

So far, the town says that it’s very confident the agreement will result in a big return for the town.

“All together the financial investment plus development incentives for the project are approximately $16 million and the town anticipates the value of its capital return on the project to be over $16.6 million,” according to a memo by town manager Bill Ashton and town attorney Lesa Yeatts.