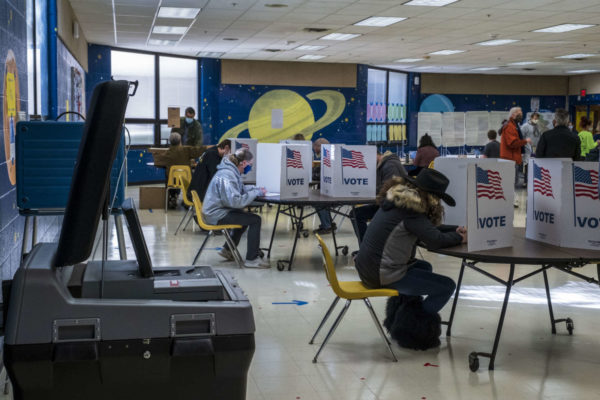 In the 2020 presidential election, Fairfax County voters cast a record number of votes — 600,238 — but the overall turnout was not record-breaking.

“This election year was unlike any other we have ever seen,” Fairfax County Board of Supervisors Chairman Jeff McKay said. “Our turnout throughout the process was truly encouraging and spoke to our residents’ faith in the democratic process.”

It’s important to note that while turnout did not break records, the number of registered voters went up significantly from around 683,000 in 2016 to 761,573 this year. More than two-thirds of votes cast were absentee votes due to no-excuse absentee voting.

The county expects to officially certify election results on Nov. 16.

The Hunter Mill District boasted the highest turnout for the election. More than 81 percent of the Hunter Mill District’s 93,193 active registered voters cast a ballot in the Nov. 3 election, either in person on Election Day or absentee. The district is also the only one in the county with over 90,000 active registered voters as of Oct. 30. Springfield District had the second highest turnout at 80.8%

In the Town of Herndon, Vice Mayor Sheila Olem swept up the Mayoral election with a resounding 61 percent of total votes. Roland Taylor took. 38 percent of the total vote.

The winners of the Herndon Town Council election were separated by a handful of votes. Town spokesperson Anne Curtis said the town is expected to announce results once they are certified by the county. On election night, early election results changed dramatically due to a data entry error.