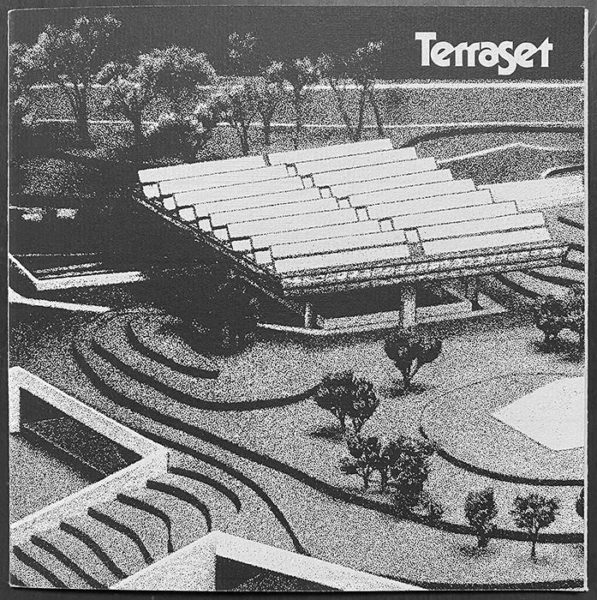 Going to school at Terraset Elementary in the late 1970s was sort of like being in the movie Star Wars.

A steel latticework topped with 13,000 square feet of solar panels covered the main courtyard of the school, at times creating eerie-looking shadows.

Spiraling concrete staircases looked out of this world.

The building itself was built into a side of a hill with the roof covered with a five foot layer of dirt, giving an appearance of being remains of a lost civilization.

“My memories of the architecture was that it was very futuristic,” says Kristina Alcorn, who attended the sixth grade at Terrset in 1979. “This wasn’t very long after Star Wars had come out… so, I’m sure some of our games running around the playground involved Princess Leia.”

Terraset Elementary School at 11411 Ridge Heights Road was completed in 1977 with the intention of thematically matching Reston’s ahead-of-its-time aesthetic.

“In a lot of ways, Terraset fits in with Reston as a whole,” says Alex Campbell, executive director of the Reston Museum. “Taking a chance, trying something new, thinking ahead.”

Terraset was specifically designed with the 1970s energy crisis in mind. It was one of the first solar energy powered schools in the country. The school was also built into the hill in hopes that the dirt covering would provide natural insulation and cut fuel costs.

Then, there was the large array of solar panels, which were paid for by a Saudi Arabian prince.

When the school got turned down for a grant by the US government, Fairfax County school system turned to Prince Fahd of Saudi Arabia. The prince provided a $650,000 grant to the school for the school’s solar and heating system.

Fahd would later become King and, in 1985, President Ronald Reagan toasted him at a state dinner for providing financial help to the Reston elementary school. 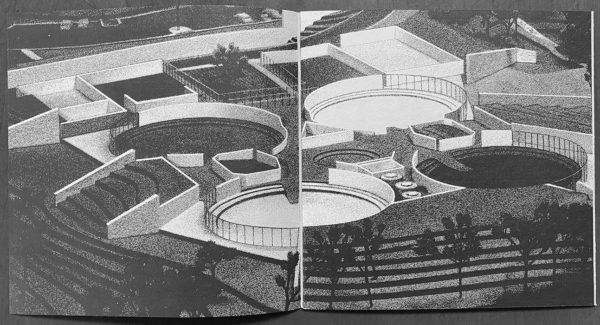 At the school’s dedication ceremony in May 1977, Fahd was joined by another Saudi prince, Prince Saud al-Faisal, in taking a tour of the school. It was acknowledged that it was odd that a prince from an oil-rich country would so publicly support an American solar-powered project.

“Why . . . would any Saudi do anything that could conceivably compete with oil?,” Saud said at the dedication, according to the Washington Post. “We are very much aware of the finite nature of many natural resources. Even though we continue to find additional oil deposits in our country, we know that there is an eventual limit to what we can produce. One of the sources of energy that we expect to utilize as our oil production declines, is solar energy.”

But the design had major flaws.

Most notably, the solar panels were constructed with Saudi Arabia’s climate in mind, which is far different from Reston’s climate.

“[The solar panels] didn’t deal very well with the change in seasons,” says Campbell. The panels kept having leaks and cracks.

Then, there were the icicles.

“There were these huge icicles that would form on them in the winter,” says Alcorn, who is also on the Reston Historic Trust and Museum’s Board of Directors. “You’d be waiting for your bus down below, watching these huge icicles, and wondering if they were going to hit you or the bus.”

In 1986, less than a decade after being completed and with maintenance becoming unmanageable, the solar panels were turned off. In 1991, the panels were taken down.

It wasn’t a complete disaster, however. The school ended up using about a quarter less energy than other comparable Fairfax County schools during the nine years the solar panels were in operation.

Today, Terraset Elementary remains the educational home to about 600 students.

While there are no longer solar panels (which makes it currently ineligible for the National Register of Historic Places), the school still very much remains buried under dirt.

While best-laid plans rarely work out, Terraset proves that it’s at least worth trying.

“It was an example of that spirit of ingenuity and hope for the future to solve problems,” says Alcorn. “And not be afraid of sometimes failing.”