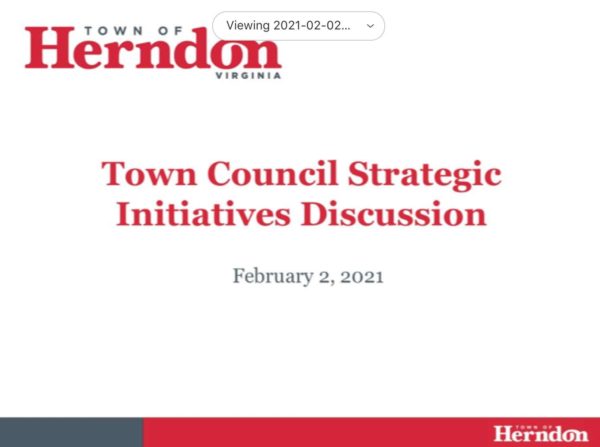 The Herndon Town Council is in the process of reviewing initiatives to actively pursue and discuss.

Inclusion initiatives include sponsoring or encouraging multicultural festivals and enacting a long-term recruiting effort to have elected officials, appointed officials and senior staff representative of the cultural diversity.

“It’s a strength of our town, our diversity. It’s the beauty of our town,” Vice Mayor Cesar del Aguila said.

“The reason we brought this item here is Herndon itself is a minority majority community right now. And we want to celebrate the diversity we have,” Council member Pradip Dhakal said. P”We have the diversity, but we want to create a kind of unity in that diversity.”

Town manager Bill Ashton concluded from the council’s discussion that the town would pursue the creation of a multicultural board. The board will be a point of discussion after reviewing similar entities in Leesburg and Fairfax to bring a model back to the council.

Transparency initiatives encompassed five items for review. Those included ensuring audio and video recording for all meetings, dedicating resources for Freedom of Information Act (FOIA) requests and making all records available to the public. Another initiative included creating transcripts of town council meetings.

Following a discussion from the council members and Ashton, they agreed to temporarily table creating transcripts of meetings to first review state requirements and the town’s ability to do so.

“On the transcripts, I know there’s also state limitations and requirements as to where we have to store these things,” Mayor Sheila Olem said.

“It’s very easy to say that we’re just going to have exact transcripts, but we also need to get the pricing on these items and whether or not our current availability with where we’re required to store them is going to accept us morphing these things into much larger documents.”

The housing reform issues included a handful of initiatives under the Historic District Review Board (HDRB). Those initiatives are analyzing district definition and regulations, gaining a better understanding of what’s necessary to maintain a historic district status and reforming the historic overlay district.

The final points for housing reform included setting a benchmark of the housing stock in the town against the county and investing in Herndon’s current neighborhoods.

Ashton proposed putting together an informational discussion item for a future work session on the district to then define what reforming the historic overlay district would entail.

“As I’ve often said, you can’t get to where you’re going until you know where you are first, then you set your objective and charge your path,” Ashton said.

“Staff retraining and redeployment, for me, that’s just making sure – I know we do this to an extent – we have a well funded pipeline of development and training or education, certifications, for people on staff to either do lateral moves or upward moves and certainly continue that investment in our people,” del Aguila said.

Another portion of the operational reform is taking into account the timing of traffic lights to improve cross-town flow. Ashton clarified that this issue has been recognized and the town is undertaking two intersection projects this year to help alleviate some of the flow. One of the projects will be at Monroe Street and Elden Street and the other at Center Street and Elden Street.

After reaching a proposed deadline to end the meeting at 10 p.m., the council tabled discussion on fiscal and long-term initiatives for another 7 p.m. meeting on Feb. 9.

Long-term initiatives set to be discussed include an update on the 2035 Vision. Proposed initiatives also include reviewing funding of capital improvement plans for transportation, long-term regional effort to reduce cut-through commuter traffic, and investing in closing gaps in pedestrian and bicycle routes even when no developer funding exists.

Proposed fiscal initiatives to be discussed include undertaking effective short-term and long-term budgeting to match immediate and long-term needs without excessively inconveniencing town residents. Other initiatives gathered from the council encompassed protecting town staff from layoffs if practicable, utilizing reserves to offset budgetary shortfalls and possibly avoid raising taxes during “this financial crunch for citizens and businesses,” according to a presentation of the council members’ proposed initiatives.

A final fiscal point of discussion is focusing on services such as trash and recycling, road work and repair as well as water and sewer, and police functioning.