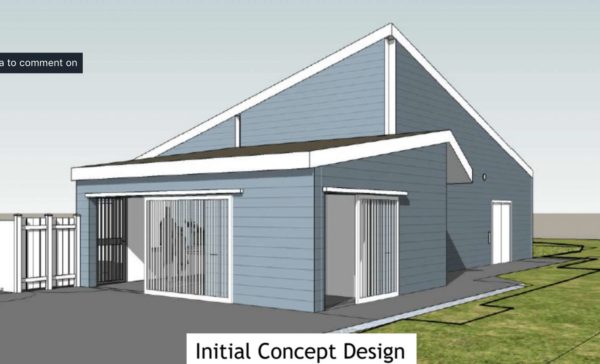 The major renovation of Lake Thoreau Pool, which has been closed since last year, is set for a groundbreaking in October.

While the project is on budget, the overall effort is roughly three months behind schedule due to the impact of the COVID-19 pandemic and anticipated delays with the county’s permitting process.

In a presentation to Reston Association’s Board of Directors late last week, Chris Schumaker, RA’s capital projects director, said that while it may be possible to catch up on the project timeline, permitting delays are very common due to the pandemic.

In response to a member’s concerns about delays, Schumaker noted that the county is not conducting onsite inspections. Field surveys are being done over the phone, which has slowed things down quite a bit.

Member Michelle Kimmel urged RA to keep the community engaged and informed about the ongoing project.

“Already, our pool has been closed for years,” she said.

After meetings with the community, RA selected a lean design concept for the renovation project that works within the existing footprint of the site. A zero-depth wading pool would be installed on the facility’s deep end, the parking lot would be expanded, and the bathhouse would meet county and federal code requirements for individuals with disabilities. A lounge observation deck is also planned in the new design. 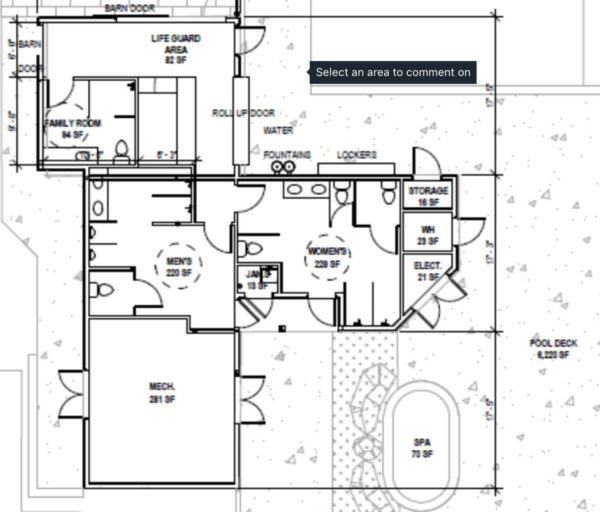 RA is considering replacing a lakeside retaining wall with a metal-framed overlook deck, a move that would significantly decrease the cost of the project. Plans are underway to determine how to integrate a family-use bathroom. The parking lot will have 25 spaces for the time being, according to the presentation.

RA allocated roughly 1.6 million in its 2021 capital budget for the project.

The association is also working through plans for storage options for watercraft.

An initial concept review by the Design Review Board is tentatively set for March 16. After another review by the DRB in mid-July, the contract would head for a vote by the board in August.

Kimley-Horn has been hired as the chief project engineer, along with Lemay Erickson Willcox for building architecture, Councilmen Hunsaker for pool design, GRS Group for surveying, and Terracon for geotechnical work.

So far, roughly 60 percent of the project’s drawings have been completed, along with a geotechnical survey and engineering, a review of existing conditions, and other surveying.

A grand reopening is set for May 2023, although the project will be completed by October of next year.

RA also plans to evaluate the success of the project and review feedback from members towards the end of next year.