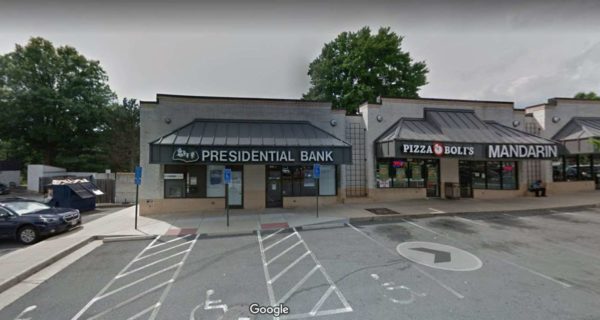 Presidential Bank is moving its Reston branch to across the street from the Reston-Wiehle Metro Station.

The new location will open on Monday, March 29 at 11211 Reston Station Blvd.

“You will see the same familiar faces at this new location while enjoying more convenience in an upgraded environment,” notes the bank’s news release about the move.

Until then, the old branch about two and a half miles away at 1675-N Reston Parkway will remain open. That branch’s final day of service will be Friday, March 26 and will close at 4 p.m.

Reston Station Blvd., particularly near the Reston-Wiehle Metro Station, has had many new additions in recent months despite the pandemic.

Luxury apartments, an indoor baseball training facility, and a virtual shark tank are just a few of the recent comers.