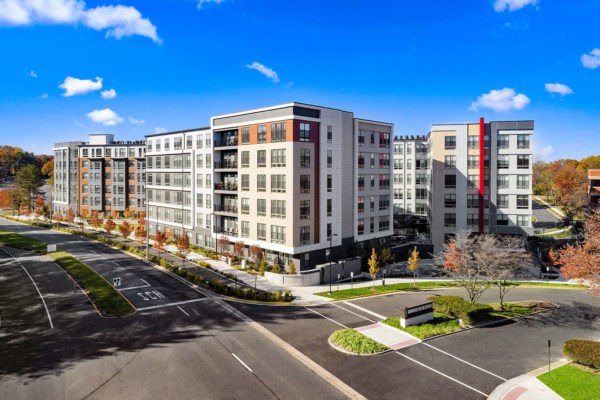 Lincoln at Reston Station, a 260-unit apartment community near the Wiehe-Reston East Metro Station, officially has a new name.

The community, which was recently acquired by Snell Properties, an Arlington-based company, has rebranded itself to Russell at Reston Station.

Peter Colarulli, Vice President of the company, said the name change was inspired by the design of the building, which he says has  “a bold, contemporary, energetic feel with red pops of color.“

“The name ‘Russell’ taps into the community’s vibe, and we felt the full name ‘Russell at Reston Station’ is clear to the sense of place and catchy with its alliteration.”

The residential community, which is located at 11500 Commerce Park Drive, includes a mix of studio, one-bedroom, two-bedroom and three-bedroom plans. Rents range from $2,110 to $2,380.

Snell purchased Russell at Reston Station in December. The building was constructed at the end of 2019 and includes a courtyard with a pool, a clubroom, a fitness center, a pet spa, bike room and a package concierge system.