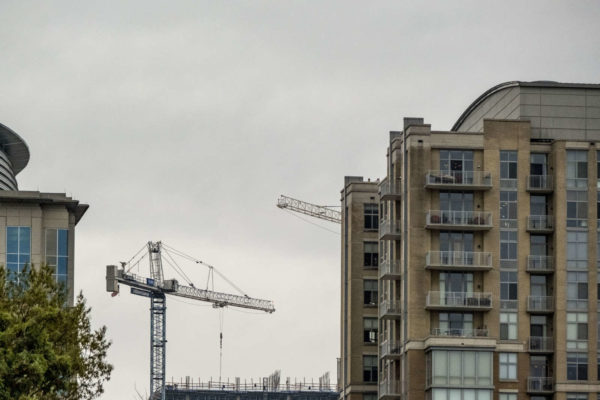 The Reston Comprehensive Plan Study Task Force is on schedule to finish its review of the document that guides planning and development in Reston this summer, Hunter Mill District Supervisor Walter Alcorn’s office announced yesterday (Thursday).

After wrapping up its review, the task force will hold town hall meetings and convene with various stakeholders, including homeowners’ associations, business groups, and community organizations, to share its recommendations and solicit public feedback.

Alcorn initiated the review process in January 2020 with the goal of updating Reston’s Comprehensive Plan to more effectively manage growth and development in Reston. The 32-member task force, which Alcorn chairs, officially kicked off their review in May and has held more than two dozen meetings since then.

Topics that have been considered by the task force as part of its review include planning principles, population and density, transportation, parks and open space, affordable housing, public health, energy and the environment, equity, and public art.

Alcorn expressed enthusiasm about the work by the community members on the task force so far, even though the schedule has been “somewhat slowed” by the COVID-19 pandemic. The task force is being supported by county staff from the planning and transportation departments, among others.

“I am very excited by the work and the collaboration by the task force,” Alcorn said. “…We still have several months of work ahead, but I believe the outcome will reaffirm Restonians’ decision to live in a planned, equity-focused community.”

Reston Comprehensive Plan Study Task Force is scheduled to wrap up its review process this summer following a yearlong effort and 2 dozen+ meetings. Recommendations will then be shared for feedback at town hall mtgs & w/community groups. More: https://t.co/okMFan8hDI #HunterMill pic.twitter.com/bAxOU30qJb

END_OF_DOCUMENT_TOKEN_TO_BE_REPLACED

More Stories
Poll: Which COVID-19 vaccine would you take, if given a choice?Decades-old recreation facilities in need of work, Reston Association report finds