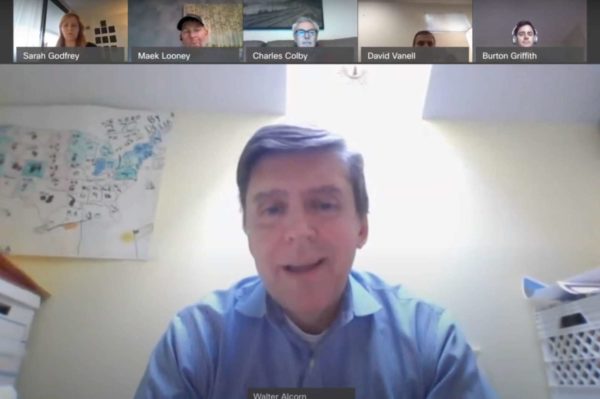 The 24-member group, which includes representatives from community organizations, developers, and real estate professionals, reviewed the primary objectives of the task force, which Alcorn assembled earlier this year. Over the next several months, members will develop recommendations on Reston’s Comprehensive Plan, which has been criticized by residents and others for not being up to date with the current and future pace of development.

Alcorn outlined a review of the following focus areas:

Alcorn said the task force’s timetable was “aggressive” to complete its work. The next meeting, which will be held online, is slated for May 26.

The review will not be restricted to Reston’s Planned Residential Community District. A county proposal to increase that district’s population density — among other proposed changes — drew community rancor and was ultimately deferred last year.

Others encouraged the task force to take a close look at whether or not the plan provides sufficient guidance on managing the pace of infrastructure and development in the area.

Reston Association board member John Mooney said he was concerned that county studies have primarily examined the effect of development in Reston’s Transit Station Area (TSA) on traffic specific in that area.

After a series of meetings, the task force will pitch recommendations to the Fairfax County Planning Commission. The Fairfax County Board of Supervisors will then vote on any proposed amendments to the plan.

More information about the task force and upcoming meetings is available online.