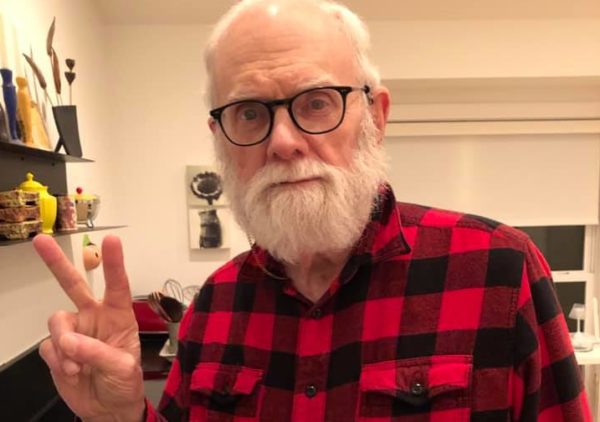 It was May 9 and she was dropping the 75-year-old Reston resident off at the emergency room at Reston Hospital Center. Delaney had fallen earlier in the day at his Reston home. While he had only a small cut, he suffered from dementia so Park-Jamborsky knew to be cautious.

Due to strict COVID-19 protocols, she could not enter the emergency room with him. So, she hand-wrote a note with his medical history, social security number, and her contact information.

“I stood at the sliding emergency room door at the hospital, and he stood there with me,” she tells Reston Now. “I felt like I was letting a five-year-old walk through that door without someone helping him. But I had confidence that [Reston Hospital] knew what they were doing. I never thought in a million years that he would disappear.”

As the one-year mark of Delaney’s disappearance approaches, neither his family nor Fairfax County Police Department is any closer to finding him after he walked out of Reston Hospital Center last May.

“Michael Delaney is still reported missing,” FCPD wrote in a statement to Reston Now. “In the days following his reported missing, we exhausted numerous resources to find him to include our helicopter, K9, Search and Rescue Team as well as assistance from numerous volunteer organizations. Our detectives would ask anyone with information about his current whereabouts to please call, 703-691-2131.”

Delaney wasn’t initially supposed to be at the hospital for long, perhaps only a few hours. Due to this, Park-Jamborsky didn’t let him bring his phone.

“It was right at the beginning of COVID, so we thought anything that was touched, you could get COVID from… so I thought I couldn’t let him take his phone into the hospital,” she says.

However, when Park-Jamborsky called the hospital later, they told him that he was being kept overnight so he could have an MRI the next morning due to the possibility of a stroke.

Then, she says she received a call at around 9:30 p.m. on Sunday night.

“The nurse called… she said ‘We can’t find Michael,'” says Park-Jamborsky. “She said ‘Well, I was walking with him on the floor and I turned to get something and he was gone.'”

On May 11, the Fairfax County Police Department put out an alert about Delaney, saying that he was last seen the day before (May 10) at 9:02 p.m. in the 1800 block of Town Center Parkway.

“The next morning… someone called [from the hospital], and asked ‘Did we find Michael?’ And I said ‘no, we have not.’ And they said, ‘We’re very concerned.’ That was the last time I spoke to anyone at the hospital.”

Park-Jamborsky reiterated that she has not had any contact with Reston Hospital since that day. When asked if the hospital could have done more to prevent this from happening, Park-Jamborsky says yes.

Reston Now reached out to the hospital to ask about what happened the night Delaney went missing. Additionally, we asked a series of questions about protocols, particularly around preventing situations like this from happening with patients like Delaney.

They answered with the below statement:

“On the night of May 10, 2020, a Reston Hospital Center care team member observed that 75-year old, Michael Delaney, was not in his patient room. We immediately began a facility search and notified the Fairfax County Police Department. He was not found on the hospital campus.

We urge anyone with information about Mr. Delaney’s whereabouts to contact the Fairfax County Police at 703-691-2131. We hope Mr. Delaney is found safely. Our thoughts continue to be with him and his family.”

For days after, FCPD, community groups, friends, and family combed the area while alerts were plastered on social media platforms. On May 14, FCPD announced its was suspending the search, though the department conducted at least one more helicopter-assisted search prior to the end of the month.

Delaney was still not found.

With the hospital so close to his house, she believes that all her step-father was trying to do was find his way home.

“I know he was trying to get home and I think he became disoriented,” she says. “My theory is he started walking and I don’t know after that what happened.”

“He was always very kind, so dedicated to my mother and our family,” she says, adding that Delaney loved walking, his bird feeders, and living in Reston.

He was a William & Mary College graduate, a lifelong Fairfax County resident, a Navy officer, and employed by Northrop Grumman prior to retiring about a decade ago.

“Before he got dementia, he was very, very bright and could answer any question that we would throw out at him,” Park-Jamborsky says. “My brothers and I were always amazed at how gifted and smart he was.” 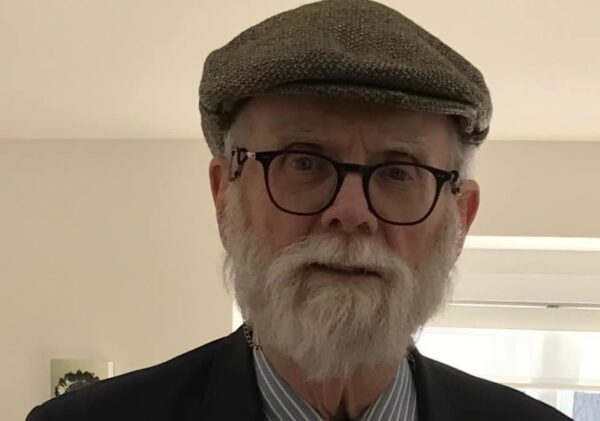 Dyanna died about three years ago. After that, Delaney’s dementia got worse and he was no longer able to live by himself. The plan was to move him into the nearby Sunrise Senior Living facility and sell the family home.

After close to a year without any closure about what happened to her step-father, Park-Jamborsky finally did sell the house.

“I sold his house a month ago, so that was also very painful to have to do that,” she says with a sigh. “He lived there for 40 years. I had also lived there in high school.”

There are times when she thinks she spots her step-father, in a front yard or in a Home Depot parking lot. She gets Facebook messages from folks as well saying they’ve seen him. But, often, the pictures don’t even look like him.

The family misses him a great deal, she says, and all they want is to know something, even if it’s awful news.

“Every day, I wake up in the morning and think ‘will today be the day that I get the call … that Michael’s body has been found or maybe he’s been found living with a loving family or a widowed woman that wanted to take care of him,” Park-Jamborsky says. “But then I think this isn’t the movies.”