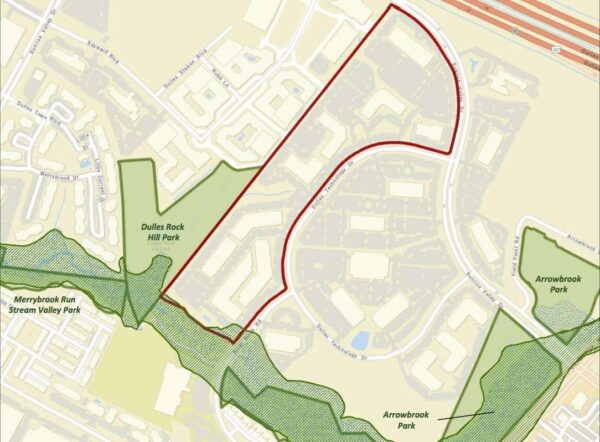 A new neighborhood is coming to Herndon this summer.

Reston-based homebuilder Stanley Martin will open the Liberty Park neighborhood in Herndon in July. It will feature 155 two-over-two condo and townhome options.

Both townhomes and condos will have private garages, balconies, and rooftop terraces.

MRP Realty originally acquired the property at 13605 Dulles Technology Drive in 2016 as a part of a reported $97 million purchase from Liberty Property Trust, according to the Washington Business Journal.

MPR Realty says that it plans to bring “Class A amenities” to the buildings at Liberty Park, including a “community tenant lounge and conference facility, a fitness center, and outdoor experiences to set them apart from other properties in the market.”

The new residential neighborhood is part of a larger effort by MPR Realty to transform the Liberty Park office complex into a mixed-use development to take advantage of the area’s proximity to the upcoming Innovation Center Metro station.

The Fairfax County Planning Commission approved the developer’s application to rezone the site for mixed-use development on Nov. 8, 2018. According to a final development plan published in March 2019, MPR Realty ultimately hopes to bring up to 530 residential units and up to 6,000 square feet of retail space to Liberty Park.