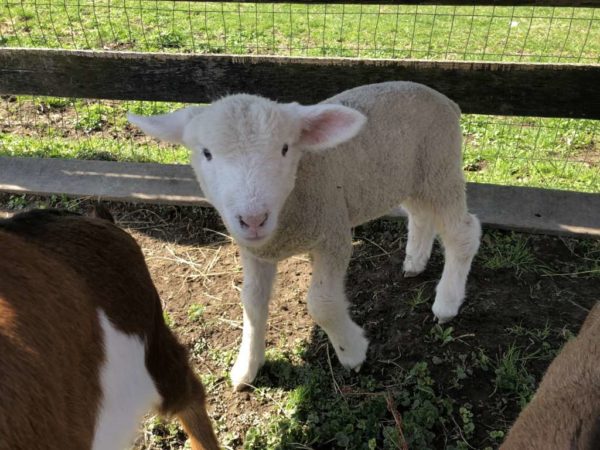 Frying Pan Farm Park’s annual Spring Farm Day has been canceled for the second year in a row due to the ongoing COVID-19 pandemic.

The fundraiser had been scheduled to take place on May 1, but Friends of Frying Pan Farm Park, the nonprofit that supports the park, announced this morning (Wednesday) that plans have “unfortunately” changed.

Spring Farm Day’s cancellation means that the Friends group has to scramble again to raise the funds need to support the dozens of animals that live at the park in Herndon.

“We’ll lose thousands of dollars Spring Farm Day would have raised. This money would have helped feed our farm animals and support the farm,” the organization said in a Facebook post. “If you can, please make a donation to help replace our lost funding.”

Spring Farm Day typically takes place in May and offers crafts and activities, such as sheep-shearing demonstrations and encounters with the baby farm animals, that highlight the park’s role in showcasing early and mid-20th century farm life.

When the pandemic shut down the event last year, the Friends organized an online fundraiser to collect the $30,000 that the group said is required to feed, care for, and shelter the roughly 100 animals on the farm each year. The fundraiser exceeded its goal, ultimately bringing in $44,254 from 513 supporters.

Frying Pan Farm Park is operated by the Fairfax County Park Authority, but the animals are owned by the Friends group, which is responsible for covering their food, shelter, and medical care.

Both one-time and recurring donations can be made online through the Friends of Frying Pan Farm Park website.

Reston Now contacted Frying Pan Farm Park for a comment on the decision to cancel this year’s Spring Farm Day but has not heard back as of press time.