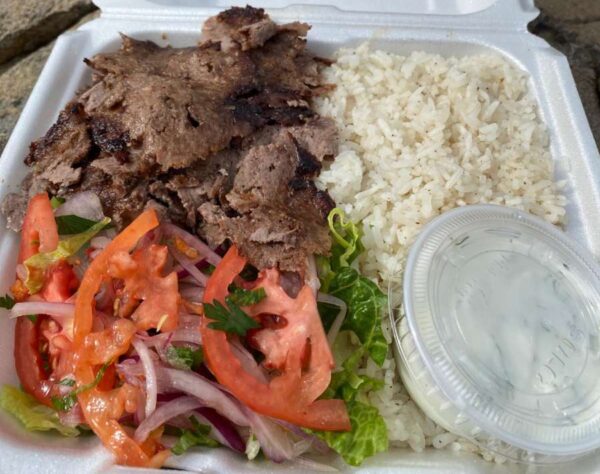 Taste of Istanbul is set to open at 11190 Explorer Street in Reston Town Center on May 16.

Taste of Istanbul’s arrival was first announced in November. It is replacing Midtown Kabob, which closed last year.

The owners told Reston Now in November that they were prepared to open despite the uncertainty of the pandemic.

“This is a time where people don’t know what’s going to happen next,” they said. “But we believe we are prepared for this.”

While cases were on the rise late last year, vaccinations are increasing, and restrictions on businesses are easing as Fairfax County starts to gain a greater semblance of normalcy.

Taste of Istanbul’s owners got their start serving up food at local farmers markets several years ago, first at EatLoco market at One Loudoun and then at the FRESHFARM Reston farmers market.

They will continue to have a presence at those markets, a restaurant representative confirmed to Reston Now in an email.

The restaurant is family-owned and operated. Chef Ercan Karaman and his wife Hacer grew up in Turkey and learned how to cook for a big family, according to EatLoco market’s website. Their children also help with the family business.

Taste of Istanbul is 100% halal and will also provide catering.

Photo courtesy of Taste of Istanbul