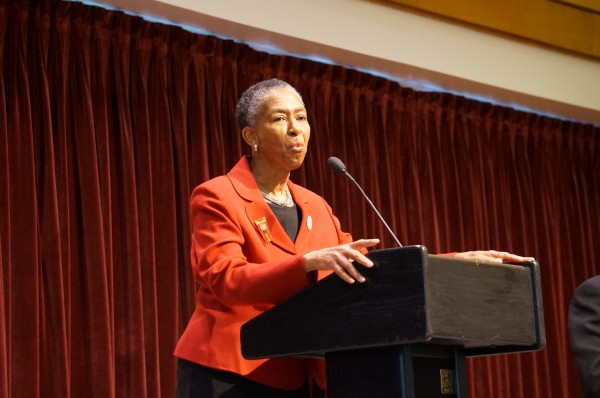 Hudgins, who represented the Hunter Mill District from 2000 to the end of 2019, solidified the center’s future by recreating it as a county-owned facility in 2006.

The move was pushed forward by Hunter Mill District Supervisor Walter Alcorn, who noted that Hudgins negotiated the land lease with Reston Association, secured funding, and ensured the project was completed.

“Supervisor Hudgins worked tirelessly to negotiate the land lease with the Reston Association, secure the financing, review the building design, monitor its construction, and support the center’s program activities,” Alcorn wrote in a previous board motion.

A former AT&T technical consultant and programmer/analyst, Hudgins became involved in the county government as electoral board secretary and then as chief of staff for former supervisors chairwoman Kate Hanley.

The county revived the shuttered Southgate facility with a multimillion-dollar push in 2006, and it now offers community programs serving residents ranging from kids and teens to people with disabilities and seniors. The programs cover recreational, educational and cultural activities.

“It was her vision and dedication that has made Southgate Community Center the success that it is,” Alcorn’s motion said.

The renaming will be featured during a ceremony at 2 p.m. during the event.