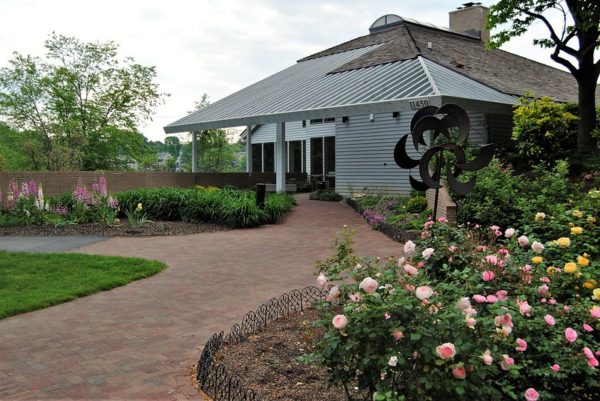 The community building — like other wedding and event venues — had revenue “significantly impacted” in 2020 but could bring in over $135,000 this year, according to the association. But it comes after RA has sunk millions of dollars into the property.

A wedding expo on Nov. 7 looks to feature the venue as well as vendors in the greater Washington area that offer entertainment, catering, bridal fashions, photography and cakes.

“The Wedding Expo is an opportunity to showcase The Lake House to not only Reston Association members but also others from the DMV looking to book their wedding or celebration at a beautiful lake view venue,” RA spokesperson Mike Leone said in a statement.

No new capital expenditures are planning in upcoming years, according to a capital projects plan; a dock could be added, but there are currently no plans to do so, Leone also stated.

The capital projects plan, which was presented last month and runs from 2022-2026, notes the following:

The Lake House, which was built in 1983, purchased by RA in 2015, and then renovated in 2015, facilitates as a community rental building for RA. The 3.47-acre property … is located immediately adjacent to Lake Newport and offers lakeside views to members and guests. It is ideally suited for small to mid-sized weddings and celebrations, corporate functions, workshops, conferences, and private functions with a capacity size of 145 people. … Future plans for this facility include the addition of a dock extending from the covered deck into Lake Newport, an event tent, and a dedicated public address system.

The facility has drawn controversy throughout the years after the association bought it for $2.6 million in 2015 and repairs were three times more than expected, leading to an independent review of the asset.

The RA Board of Director could pursue the dock addition in upcoming budgets, though, including the current budget.

The board is slated to approved the budget and set the assessment for 2022 on Nov. 18.

END_OF_DOCUMENT_TOKEN_TO_BE_REPLACED

More Stories
Comstock secures refinancing for three office towers at Reston StationReno of the Month: Free Reston Home Tour tickets could be yours — be our guest Oct. 16