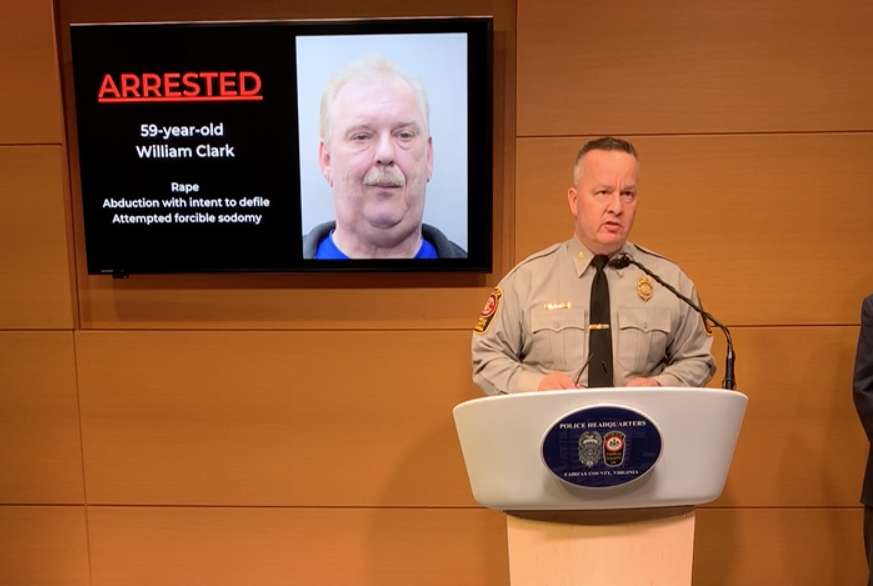 A man who lured a 14-year-old girl to a radio station is being held in Fairfax County jail, accused of raping the teenager in 1987.

William Clark, 59, of Ashburn, was arrested Monday (April 18) in Fairfax County and also faces charges of abduction with the intent to defile and attempted forcible sodomy. According to police, he lured the teen into his vehicle in Fairfax City and then took her to a wooded area, where the sexual assault took place.

“The victim arrived at the radio station, was enticed into Clark’s vehicle with the promise of prizes,” Fairfax County Police Department Maj. Ed O’Carroll said today (Wednesday) during a news conference.