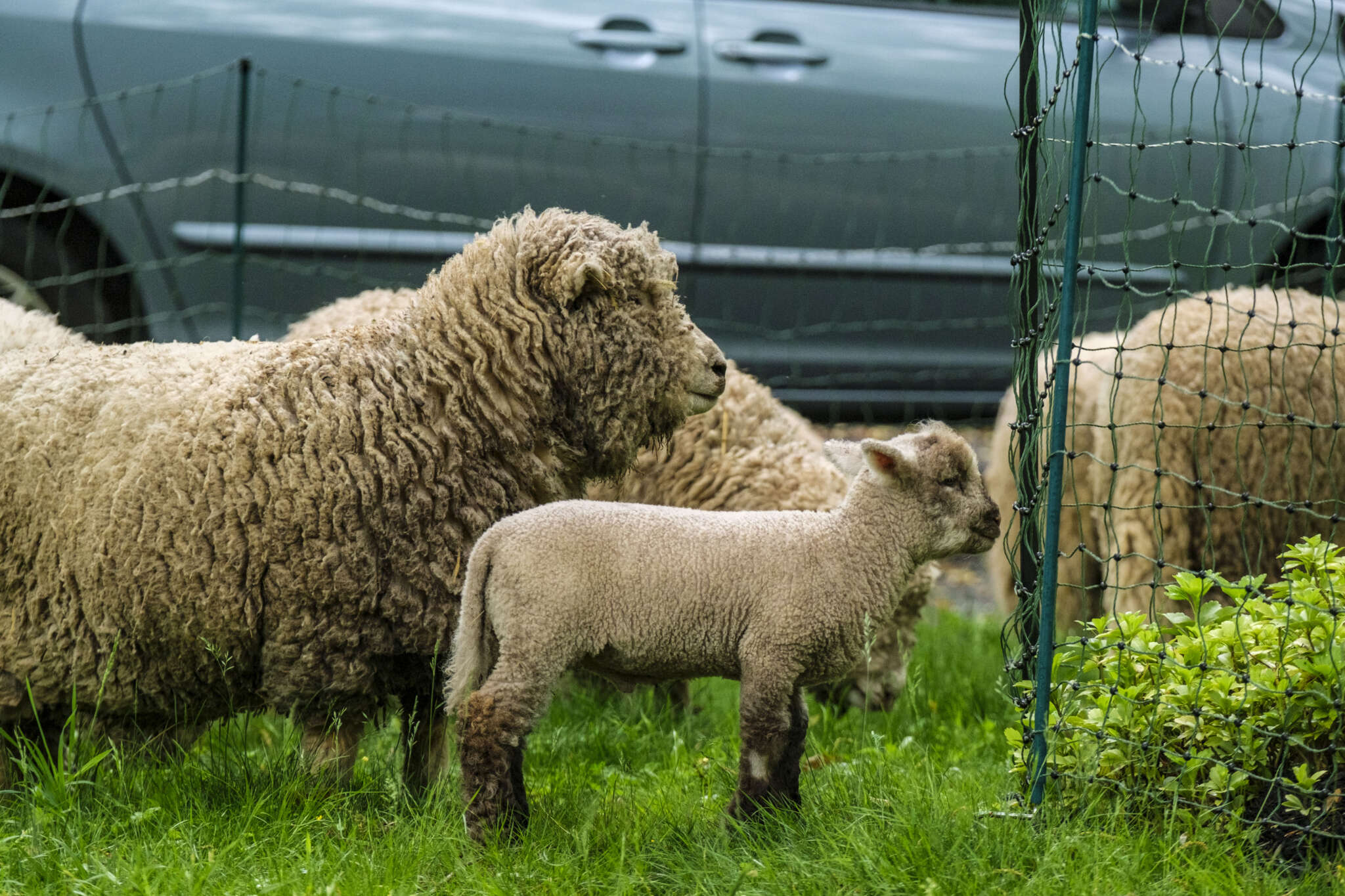 The weekend is almost here. Before you crank up the air-conditioning, or head to bed for some much-needed sleep, let’s revisit the past week of news in Fairfax County.

Here are the 10 most-read stories on FFXnow this week:

Ideas for potential stories can be sent to [email protected] or submitted as an anonymous tip. Photos of scenes from around the county are welcome too, with credit always given to the photographer. 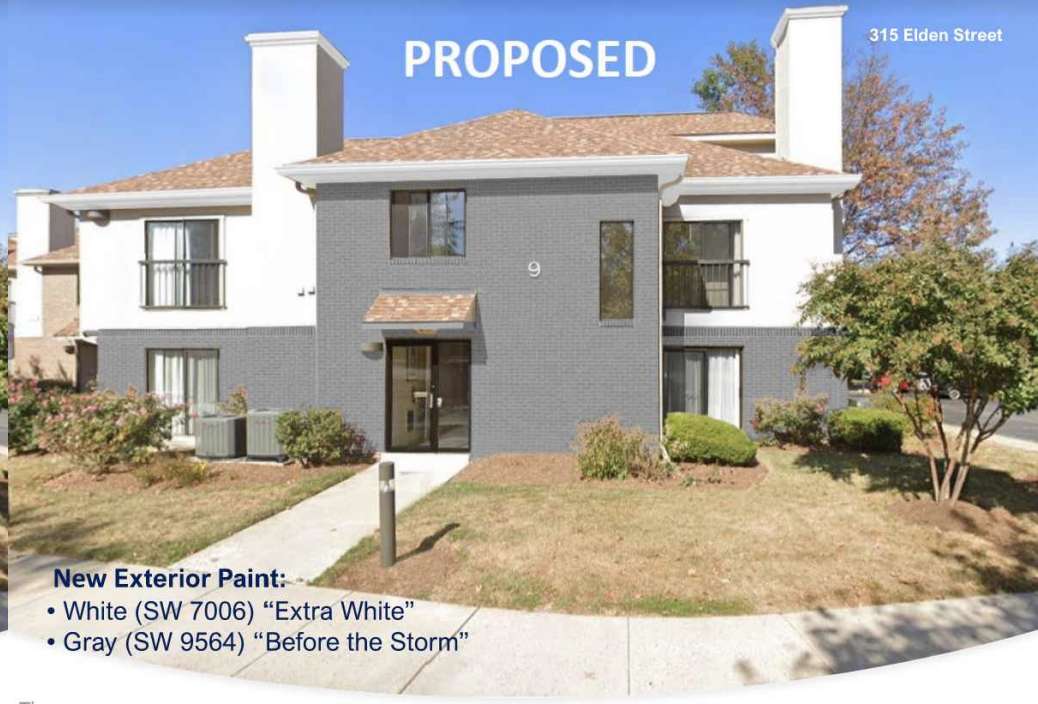 The proposed redevelopment of an aging Residence Inn in the Town of Herndon is barreling toward a final approval before the Herndon Town Council this month.

The property owner, identified as Elden Street Owner LLC, is repurposing the hotel at 315 Elden Street into a 170-unit project with at least half of the units set aside as workforce housing, according to application materials reviewed before the Herndon Town Council on Tuesday (May 17). 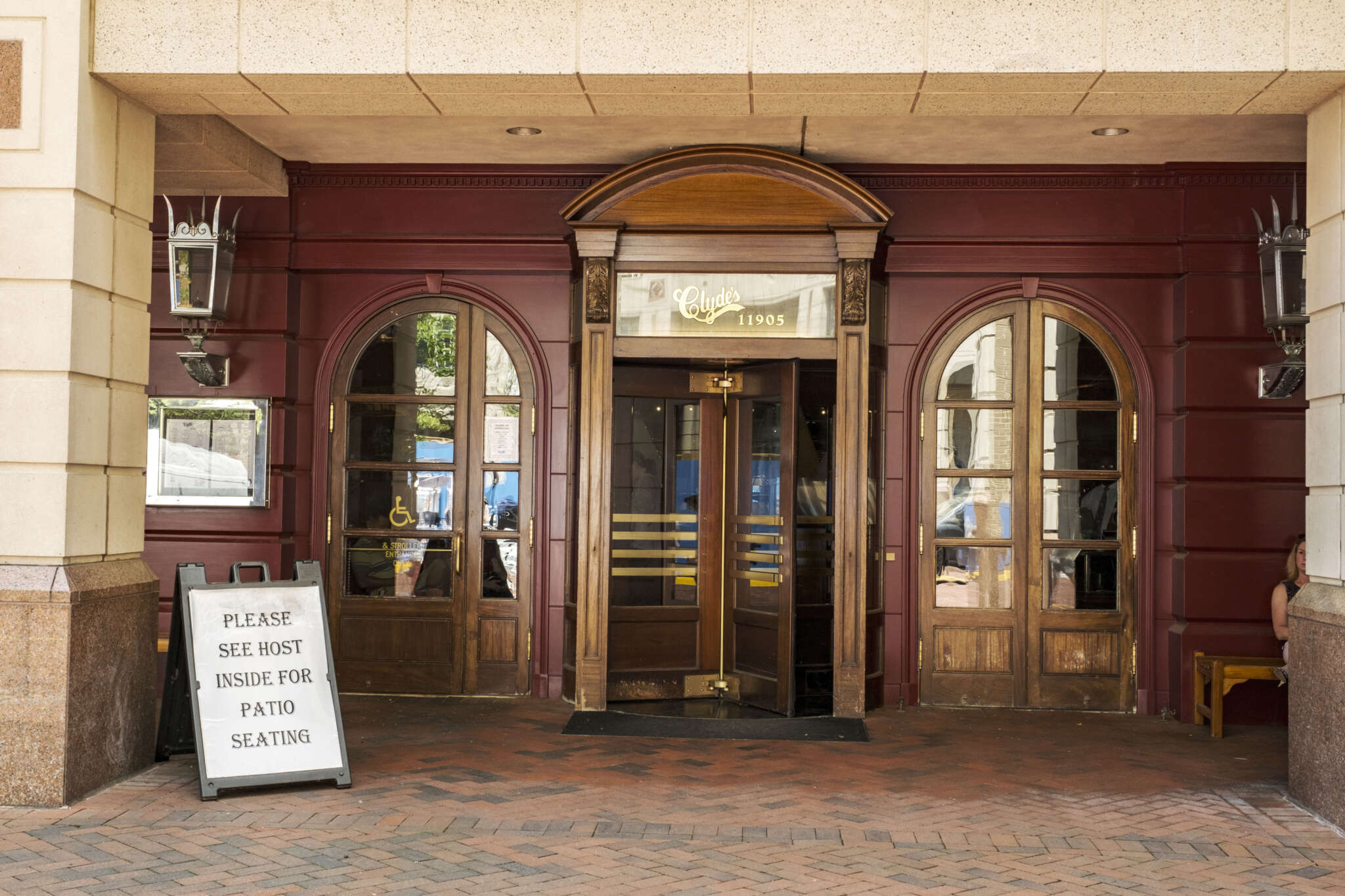 Clyde’s of Reston, an American bar and restaurant, will permanently close its doors tomorrow, ending 31 years of business in Reston Town Center.

But even as it auctions off iconic memorabilia and customers flood in for the restaurant’s final days, the company tells FFXnow that a lease at an undisclosed location in Reston for a new restaurant concept is “very close” to finalization.

Heat Raises Risk for Outdoor Activities — “The National Weather Service (NWS) has issued a special weather statement for early season heat for Friday, May 20, through Sunday, May 22. Temperatures will rise into the 90s this weekend for the first time since last fall, with Saturday forecast to be the hottest day.” [Fairfax County Emergency Information]

Natural Gas Tank Explodes in Springfield — “Approximately 6 PM, units were dispatched for a cylinder tank in natural gas vehicle that exploded/ruptured in 6800 block of Industrial Road in Springfield. Fire in vehicle extinguished. No hazard and no reported injuries.” [FCFRD/Twitter]

Couple Thankful After Reston Fire Station Baby Delivery — “It’s been a whirlwind couple of days for Isabelle Ahearn and Ray Qasimyar, after Ahearn went into labor early Tuesday morning and wound up delivering her baby in the parking lot of a Fairfax County fire station.” [ABC7]

Colvin Run ES Teacher Turns Basketball into Education — “P.E. teacher Patrick Noel had started his first year, a virtual one, at Colvin Run Elementary School during the pandemic. He says during his breaks, he would perform trick shots and share them with his students, ultimately presenting them on Tuesdays and dubbing it Trick Shot Tuesday.” [ABC7] 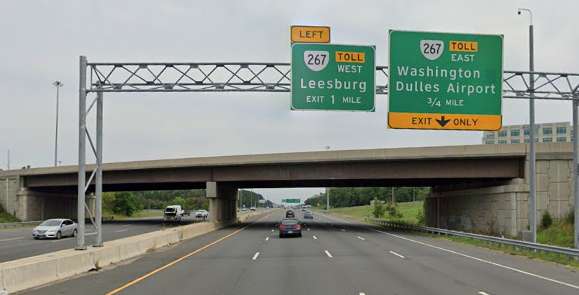 Trips on the Dulles Toll Road could get costlier next year.

The Metropolitan Washington Airports Authority‘s Board of Directors is considering a plan to raise tolls by an average of nearly 25% on the main toll plaza and other ramps. Overall, a trip would cost $1.25 more than this year. 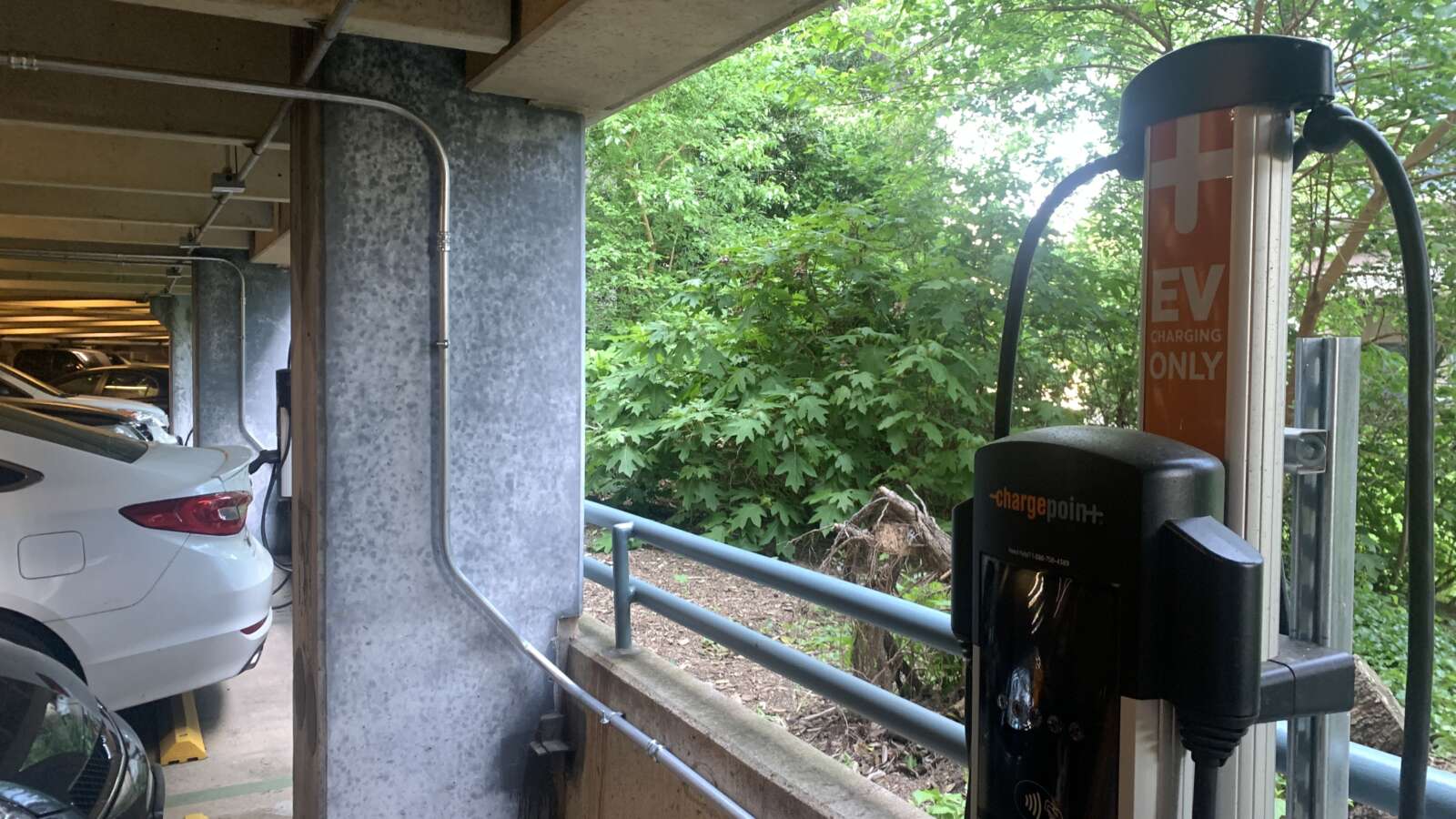 Fairfax County hopes to rely entirely on electric and non-carbon-emitting vehicles by 2035, but projected costs could become an obstacle.

While the county government already has electric vehicle charging stations across several parking garages, future installations could require double or triple the current estimated cost of $75,000 per site, Kambiz Agazi, the director of the county’s Office of Environmental and Energy Coordination, reported on Tuesday (May 17).

If you need furniture NOW and at a holiday discount, Herndon’s Furniture Max is standing by!

Furniture Max in Herndon wants you to know they have a wide selection of American-made furniture and accessories in stock and available for next day delivery. Come take advantage of their store wide savings events going on now for Memorial Day.

If you need furniture now and not months from now, Furniture Max is standing by to help, with not just an enormous showroom of the latest designs and decorating styles for every room of the house but also with financing options to fit every pocketbook and wallet.

Be warned: While everything is in stock and ready for delivery today, quantities are limited.

While supplies last, sofas, sectionals and reclining furniture is priced at an extra 20 percent off. Dining sets, entertainment areas, home office furnishings, and bedroom furniture are all priced to move as well.

Surprise specials are scattered throughout the store. For example, with the purchase of an Italian leather sofa, the loveseat is free. During the Memorial Day event, each Serta mattress includes a free bedding bundle. Visit the store to see more deals on products made in the USA by American companies.

The preceding sponsored post was also published on FFXnow.com 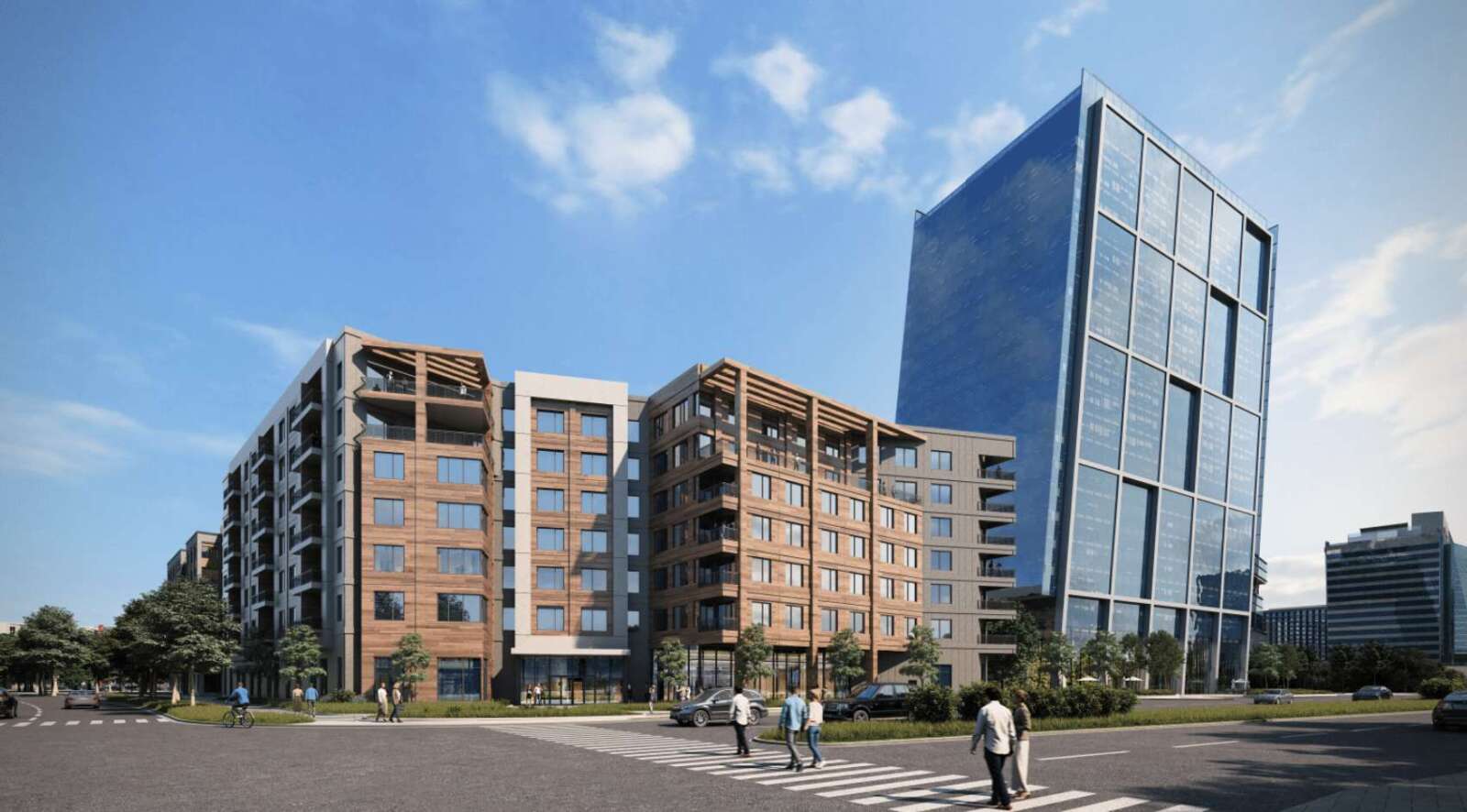 A new “Commerce Center” is taking shape at the door of the Wiehle-Reston East Metro Station.

Comstock, the Reston-based developer behind the massive, mixed-use Reston Station, plans to bring 1.3 million square feet of new office space, up to 469 residential units, a hotel, 30,000 square feet of retail, and a 12,000-square-foot childcare center on nearly 16 acres of land south of the Dulles Toll Road, west of Wiehle Avenue and north of Sunrise Valley Drive.

Fort Belvoir Housing Contractors Hit with Lawsuit — “After bouncing around houses near Fort Belvoir, pleading with Michaels for repairs and remediation and asking officials on the base for help, Roman filed a lawsuit on March 16 of this year, alleging the owner and manager of thousands of housing units on the base allowed safety hazards and other substandard conditions to persist for years.” [Bisnow]

Fairfax Diner Plans Comeback — After being destroyed by a fire before Thanksgiving last year, the 29 Diner will reopen on Oct. 10, owner John Wood announced earlier this month. Still serving “the thick slices of applewood-smoked bacon, milkshakes, and Texas-style barbecue patrons know and love,” the restaurant will have an updated, open kitchen and restored furnishings that pay homage to its 1947 opening. [Northern Virginia Magazine]

Tips for Handling the Baby Formula Shortage — “As the nationwide infant formula shortage continues due to a temporary shutdown of the plant that manufactures about half of the U.S. supply, local families are impacted, too. Our Health Department advises if you have any questions, check with your baby’s physician or healthcare provider, especially if your baby is on a restricted diet or has any medical conditions.” [Fairfax County Government]

Capital One Sets Timeline for Office Return — The Tysons-based financial company announced that it will fully reopen all U.S. offices under a hybrid work model on Sept. 6, almost exactly a year later than previously planned. Capital One is one of the D.C. area’s largest employers, with 11,530 associates and contractors just for its headquarters, according to a spokesperson. [Capital One]

McLean Tennis Court Project Approved — The Fairfax County Park Authority Board “approved $650,000 in funding for court improvements at Lewinsville Park in McLean…FCPA anticipates the courts to be closed for up to four months, while these renovations and repairs are made.” [FCPA]

Reston Shop Hosts “Bike to Work Day” Stop — “National Bike Week happens to be this week with the 21st anniversary of Bike to Work Day in the National Capital Region falling on May 20…In Reston, bicyclists can head to a pit stop just off the Washington & Old Dominion Trail at The Bike Lane, 11150 Sunset Hills Reston, VA, 7 a.m.-9 a.m.” [Patch]

Annandale Food Festival Seeks Sponsors — “Now that planning is underway for the 2022 Taste of Annandale, the top priority is securing sponsors. The family-friendly community festival scheduled for Saturday, Oct. 1 in the center of Annandale, is likely to draw at least 6,000 people.” [Annandale Today]

The Fairfax County Board of Supervisors is examining whether developers should continue to bear new infrastructure costs or split the costs among current residents and other property owners.

Sewer fees will already increase starting July 1, when sewer service charges per 1,000 gallons will increase from $7.72 to $8.09.

A proposed sewer reimbursement policy would up that rate by 4.5 cents on average annually, among other increases, by charging current users to cover maintenance and improvements as the system expands with new development.