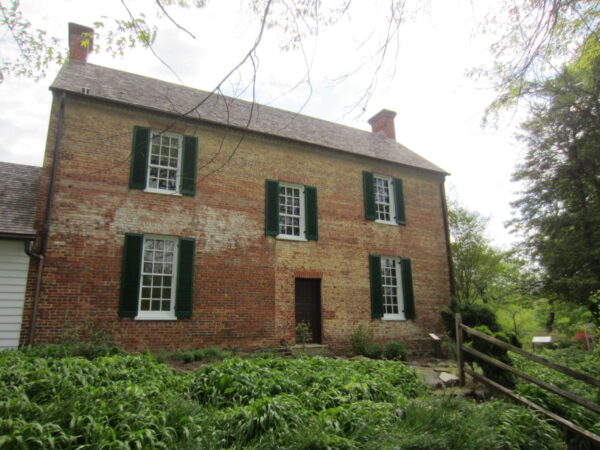 New Police Chief to Speak at Public Input Session — Community members will get their first chance to talk to new Fairfax County Police Chief Kevin Davis at 7 p.m. on Thursday (May 6). Local civil rights groups have criticized Davis’s past record and a hiring process they say lacked transparency and public involvement, prompting the county board to issue a statement last night reaffirming its support for Davis. [Supervisor Rodney Lusk/Twitter]

Fairway Apartments Sold to Swedish Investor — Swedish investment firm Akelius has acquired Fairway Apartments, a 346-unit apartment community near Reston Town Center, from JBG for $93 million. Akelius says it plans to add new washers and dryers, renovate some kitchens and bathrooms, and make other minor upgrades to the property, which is 97% occupied. [Bisnow]

More Spots Open for Tour de Hunter Mill — More registrations are now available for the Tour de Hunter Mill bicycle ride that will take cyclists through Reston, Vienna, and Tysons on May 15. The event has expanded in response to Virginia easing restrictions on public gatherings that day, according to Hunter Mill District Supervisor Walter Alcorn’s office. [Walter Alcorn/Twitter]

Nearly 2 1/2 years after plans for a major redevelopment at Reston’s Fairway Apartments near Lake Anne were finally approved, there have been no changes to the 346-unit garden apartments that were the source of major discussions a few years ago.

The Fairfax County Board of Supervisors approved developer JBG’s plans in the Spring of 2012, and it was not one that sailed through the Reston channels easily.

JBG was sent back to the drawing board many times over three years by Reston Association’s Design Review Board, and later the county planning commission. Many Reston residents spoke up in 2010 and ’11 about proposed density, the design elements and potential traffic on North Shore Drive.

Finally, the developer tweaked the design to a sustainable one  — but not the “Texas doughnut” that was previously disdained by the DRB.

The approved plan calls for a mix of townhomes and multifamily units, with 804 residences in all. The final plan also includes 38 percent open space in the new complex, pedestrian connectivity, and more than 47,000 square feet of preserved tree canopy. JBG has also pledged about 80 units for workforce housing.

Because the redevelopment is not a rezoning, JBG was not required to provide any certain level of workforce housing.

A development source says the plans are still on, but that no start date has been booked and might not be for some time.

That is sometimes the case with development plans. Lerner Enterprises received approval in early 2013 for a major redo of Reston’s Spectrum Center, but developers say that building may be as many as 10 years away.

About 1,000 residential units are planned for the revamped Crescent. Developers hope the renovation of Crescent — which also includes a retail element in Lake Anne Plaza’s current parking lot, additional parking, added office space and a rerouted entrance to the plaza — will bring needed added density and vibrancy to Lake Anne. LADP is required to replace all 181 units of affordable housing and must also provide 151 units of workforce housing.

LADP’s plans will go before the Planning Commission in a public hearing Nov. 5. If the planning commission recommends approval, the plan will go to the Board of Supervisors Nov. 18. Both of those dates are subject to change. If approvals go forward on that schedule, LADP President David Peter said he expects construction to begin in 2015.

Meanwhile, a plan to tear down and rebuild nearby senior housing at Lake Anne Fellowship House, as well as an additional housing complex on the same land, fell apart in recent weeks “when county officials were not receptive to the idea of offering Section 8 housing vouchers to existing residents, which the Fellowship Foundation needed in order to progress with the zoning application,” Fellowship House officials said.

When Fairway and Crescent are completed, it will increase housing at Lake Anne by nearly 2,000 units.