One of the two residential towers planned for the Faraday Park development near the Wiehle-Reston East Metro station is now open to residents.

Move-ins for 242-unit Faraday West tower officially began on April 17, a spokesperson for the property confirmed to Reston Now. Reston Skylines reported in June that the building had opened to its first residents.

Delivery of Faraday East, however, is taking a little longer than anticipated. Developer Rooney Properties previously projected that construction on both towers would finish in May, but two months later, work is still going on the eastern tower, which will consist of 166 apartments.

“No exact completion date to share at the moment beyond being in the next few months,” the Faraday Park spokesperson said by email.

When completed, the seven-story towers will have more than 400 residential units and a total of about 10,000 square feet of retail space. On-site amenities include a maker’s workshop, a rooftop pool and sundeck, a fitness center, coworking spaces, dining room, commercial and baking kitchens, and a bike repair space.

The towers are accompanied by 13 four-story townhomes, according to Rooney Properties.

“The Rooney team is proud that Reston residents are officially calling Faraday Park home!” Rooney Properties senior associate Jake Ballard said in a statement. “The development is one of the fastest-leasing properties in Reston, and was designed with community in mind and meant to be a hub for active and amenity-filled living.”

Redevelopment of the 3.85-acre site at 11201 Reston Station Boulevard has been in the works since 2017, when the Fairfax County Board of Supervisors approved conceptual plans for mixed-use development to replace an existing office building.

Faraday Park is part of a larger boom in development along Sunset Hills Road spurred by the arrival of the Wiehle-Reston East Metro station, which opened in July 2014.

Next door to Faraday Park, the developer Knutson started selling the Union Towns townhomes that it built on Easterly Road in September.

That same month, EYA broke ground on its Townhomes at Reston Station, the first step forward in the Reston Midline development that the company is working on with JBG Smith and The Chevy Chase Land Company. That project will eventually bring 1.8 million square feet of new development south of Sunset Hills Road and east of Wiehle Avenue.

On the other side of Wiehle Avenue, Comstock Companies has been building out the first phase of its massive Reston Station development, which will eventually consist of four districts.

Retailers that have been confirmed for Faraday Park so far include the gym F45, the salon A+ Nails, and the Vietnamese restaurant Alo Vietnam.

Those prospective tenants were first announced in December 2019, but the Faraday Park spokesperson says it’s still too early to give a timeline for when they will move in.

F45, which added a site at Reston Town Center in February, told Reston Now then that they expect to open at Faraday Park this summer. Alo Vietnam opened a location near the future Innovation Center Metro station in January, though they’re still waiting to get the anticipated boost from the long-delayed Silver Line Phase 2 opening. 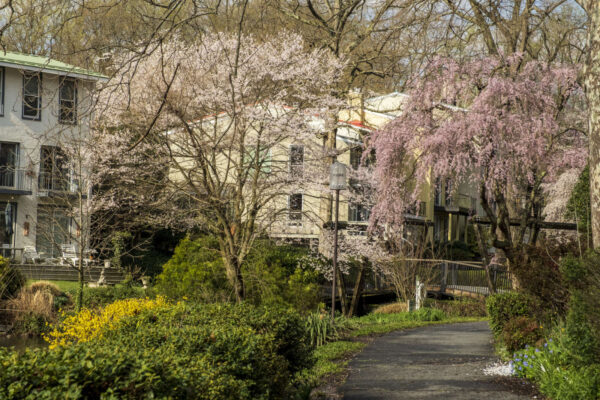 Nats Season Opener Canceled Due to COVID-19 Cases — At least three Washington Nationals players have tested positive for COVID-19, forcing the team to postpone their Opening Day game. The Nats were supposed to play the New York Mets in their first regular-season game in front of fans since they won the World Series in 2019. [WTOP]

Faraday Park Apartments Now Leasing — Leasing recently began for apartments in the West Tower of the mixed-use project near the Wiehle-Reston East Metro station, with the East Tower expected to be complete in May. When finished, Faraday Park will have about 400 apartments total, along with a rooftop pool, lounges, a fitness center, maker’s workshop area, and other amenities. [The Washington Post]

What’s Open and Closed in Herndon on Easter — “Another pandemic Easter calls for a low-key day with close family. Whether you’re skipping the big meal, heading to a movie, or crossing items off your spring to-do list, it’s helpful to know which libraries, restaurants, and stores are open before you head out.” [Herndon Patch]

The opening was delayed by nearly a year due to permitting hiccups and the COVID-19 pandemic. The gym previously expected to open in May.

Another location is planned at Faraday Park. So far, Khalid Mojadidi, who is managing both locations, tells Reston Now that the location is expected to open in the summer at 11201 Reston Station Boulevard.

The company has received its permits and is expected to begin construction soon. More information on classes at the RTC location is available online. 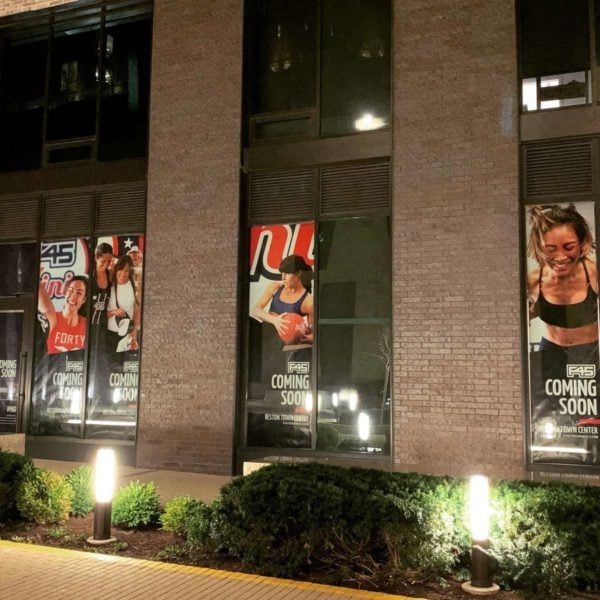 F45, an Australian fitness gym, is planning to open its doors in Reston Town Center in the fall.

The gym is expected to open in September at 11840 Freedom Drive, according to a company spokesperson. Construction is expected to begin as early as next week.

Another F45 location is set to open in early 2021 at Faraday Park (1831 Michael Faraday Drive), which is still under construction.

The retail space is expected to be handed over to the company in September. F45 plans to time the opening with the leasing of the new apartments.

“So far, we are moving according to schedule,” the spokesperson said.