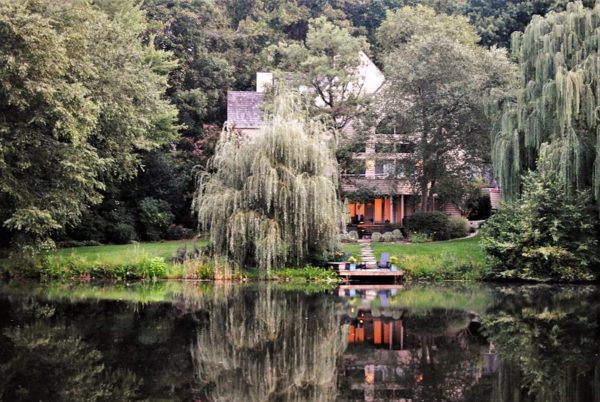 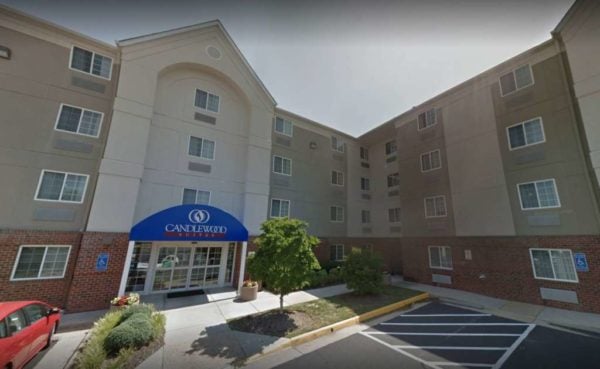 A man walked into a hotel in Herndon on Monday and demanded cash, police said.

The man entered Candlewood Suites (13485 Sunrise Valley Drive at around 3:42 p.m. on Sept. 30. He implied he had a gun, according to the Fairfax County Police Department.

No other information about the incident was released.

A Herndon man was sentenced to one year in prison last week for cyberstalking a woman in New York for more than three years.

Brandon Theresa, 21, used the woman’s online accounts without her permission, created fake accounts using her name and sent information from her account in order to embarrass her, according to court documents.

Investigators said that when the victim tried to cut off communication with Theresa, the man made U.S. Postal Service delivery accounts in the names of her friends and family to receive updates on the victim’s activities and the people in her life.

“He used this information to track down the victim, using anonymizing technologies that made it difficult for the victim to block the communications,” according to a release by the U.S. Attorney for the Eastern District of Virginia.

He continued to stalk the victim until federal authorities searched his home after receiving a search warrant in December last year.

Investigators believe Theresa stalked the woman between May 2015 and December 2018. 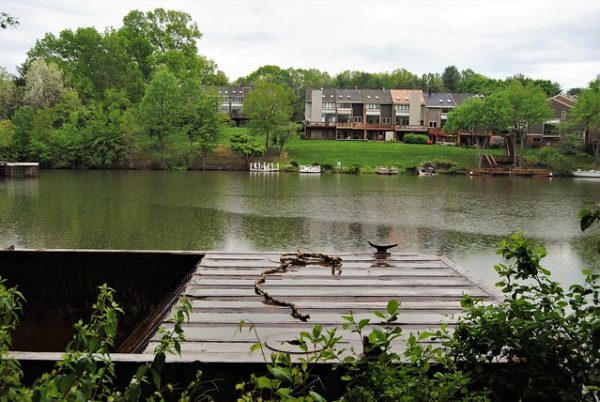 Change of Location for Reston Association Board Meeting — The Board of Directors will meet at The Lake House instead of its usual location at RA headquarters on Thursday. The change was prompted by utility work planned outside of the building that evening. The meeting begins at 6:30 p.m. [Reston Association]

Arts in the Parks Continues through August — The series, which organizers describe as a fun alternative to Saturday and Wednesday morning cartoons, offers entertainment for children while teaching them on the importance of protecting national resources. Performances kick off at Frying Pan Farm Park tomorrow. [Fairfax County Government]

Robbery Reported on Last Tuesday on Dulles Court — Two individuals attempted to grab a cell phone from a man who was walking along the 600 block of Dulles Court. on Tuesday, June 18. The suspects are described as Hispanic teenagers. [Herndon Police Department] 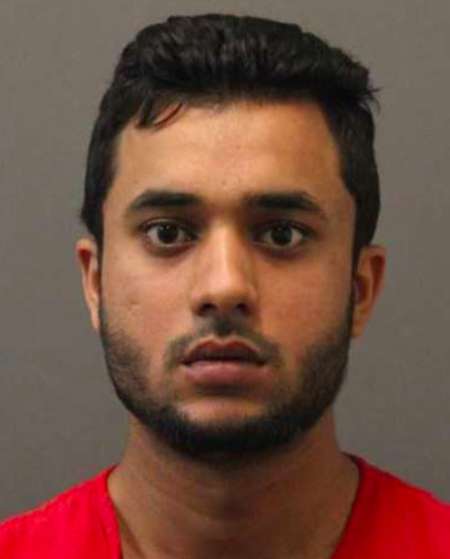 A Herndon man was charged in connection with the April 25 robbery of a 7-Eleven on Sugarland Drive in Sterling.

Police believe one of the suspects pushed an employee on the front counter of the store toward the cash register and commanded the victim to open the register. One suspect took cash from the register while the other took money from the victim’s wallet, authorities said.

The men threatened the employee, but no weapons were used during the robbery.

Both men were charged with robbery, conspiracy to commit robbery, grand larceny and wearing a mask in public. They are being held without bond.

“Mr. Knick Knack,” a children’s entertainer who performed in the area, also faces 10 felony counts of possession of child photography.

A Herndon man pleaded guilty today to cyberstalking a victim in New York, according to a release by U.S. Attorney Zachary Terwilliger.

Brandon Theresa, 21, took part in a “cyberstalking campaign against a victim” between May 2015 through December last year, according to the office. His plea was released today (April 16).

Theresa pleaded guilty to cyberstalking and faces a maximum of five years in prison. A federal district court judge will determine sentencing.

Town of Herndon police arrested a resident for felonious strangulation and misdemeanor assault.

Police arrested 29-year-old Dennis Michael Markley on last Wednesday (March 20), the day after he allegedly tried to strangle someone he knows, police say.

He is currently being held without bond at the Fairfax County Adult Detention Center.

9692 block of Farmside Place, cell phone and computer from residence

In February, Herndon police arrested 77-year-old Nhan Pham in connection with a domestic assault that caused her husband’s death, according to the Herndon Police Department.

As of March 18, the grand jury amended the charges to murder, according to the March 26 police report. 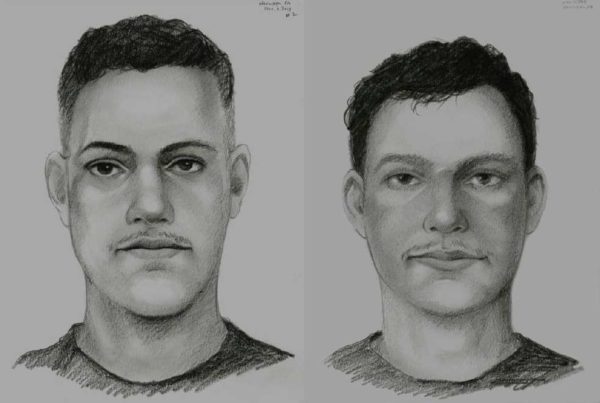 The Herndon Police Department is seeking the public’s help to identify a suspect in an attempted abduction back in September.

The sketches are of the same suspect as described by two different witnesses, according to the police department.

Police said a woman was walking home in the area of Elden and Locust streets at 8:30 p.m. on Sept. 4 when a man tried to convince her to leave the area with him. When she refused, he grabbed her and tried to lead her away, but the woman was able to escape and run away, according to police.

Anyone who identifies the suspect should call the police department at 703-435-6846.

A business on the 1000 block of Herndon Parkway was robbed on Sept. 14 (Friday) at around 5 p.m., according to the Herndon Police Department.

The case is under investigation and no other information was immediately available.

The Herndon Police Department is investigating an attempted abduction that took place in early September on the 900 block of Locust Street.

Police said a woman was walking home at around 8:30 p.m. on September 4 when a man tried to convince her to leave the area with him. When she refused, the man grabbed her and tried to lead her away. She escaped and ran away from the man.

The police department issued the following description of the suspect:

The investigation is ongoing. 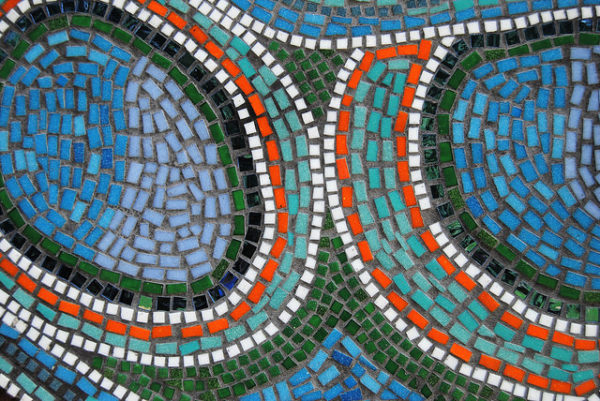 ‘Dog Days of Summer’ is today — Dogs and their owners can frolic in the pavilion as it’s transformed into an off-leash play area from 4-7 p.m. The dog days of summer event will take place every Wednesday through September 26 at the Reston Town Center pavilion. [Reston Town Center]

Florence is coming — Invited or not, Hurricane Florence continues to barrel its way towards us. Four to eight inches are expected to begin late Thursday into early Friday. Here’s what you need to know to prepare. [Fairfax County Government]

Crime update in Herndon — In early September, Jose Quintanilla Romero, 25, of Herndon, was arrested on five felony accounts of sexual abuse against a victim known to him. In a separate incident, a man said he was robbed by several suspects on September 6 near the 600 block of Center Street around 11 p.m. [Herndon Police Department] 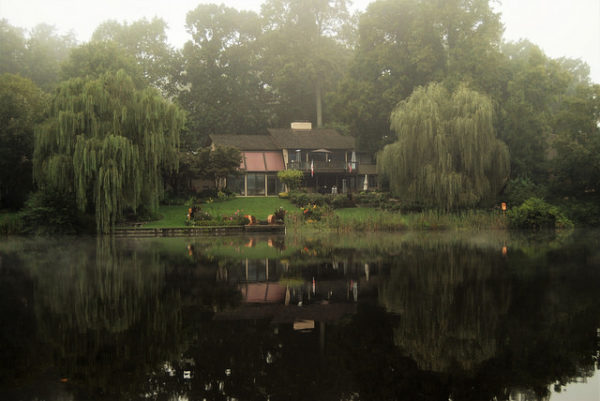 A man fired a gunshot at a bicyclist in Herndon on Wednesday (September 5) at around 10:40 p.m., according to the Fairfax County Police Department.

Local police are investigating the incident, which occurred on the 2400 block of Centreville Road in Herndon.

Police said the victim, who was not hit, knew the man who fired the gun. The victim left the area on his bicycle after a “physical altercation” with the man, according to police.

The deaths of a mother and her two children, who were found in a Herndon home Wednesday evening, are being investigated as a double murder and suicide, according to the Fairfax County Police Department.

Noera Ayaz, 42, and her sons were found in the home on the 1000 block of Safa Street around 6:20 p.m. yesterday, according to reports received by Reston Now. The Washington Post also reported the identity of the woman, although the police department has not released the identities or relationships between any of the deceased.

Police believe Ayaz killed her two children and then killed herself. The findings are preliminary and an investigation is ongoing.

The incident was being investigated as a “domestic-related incident” and no threat to public safety was noted. The homeowner, the father of the two children, discovered the bodies when he arrived home Wednesday evening around 6:20 p.m. Police searched the home and found Ayaz upstairs with what police said appeared to a self-inflicted gunshot wound.

The family, who is Muslim, was active in the local Muslim community and the incident has shaken many local community members.

Ayaz was an accomplished attorney who fought for the rights of immigrants and women. During her early legal career, she worked at the law firm of Baker Botts, LLP, where she worked on intellectual property cases and represented Mulsim women with immigration issues.

She traveled across the world and earned a bachelor’s degree in mechanical engineering from Brown University. She received her law degree from Columbia Law School. In the local community, Ayaz was known for her work as the director of Women in Islam, Inc., an organization that aimed to address issues linked to the Muslim community and build understanding across cultural boundaries.

The Office of the Chief Medical Examiner will conduct an autopsy to determine the exact cause of death, police said. Crime scene detectives searched the home to gather information about the incident after executing a search warrant, police said. Detectives continue their investigation to determine what led to the shooting.

Cash was taken from two businesses over the weekend. On Saturday (July 14), an employee entered Ariake Restaurant (12184 State Route 4721) around 11:39 p.m. and discovered the door was unlocked and the cash register was missing.

At around 12:07 a.m. the next day, officers discovered a broke window on the storefront of Kung Fu Tea in Hunters Woods Plaza. The owner confirmed an undisclosed amount of cash was taken, along with a small cash box.

13300 block of Apgar Place, cell phone and sunglasses from vehicle

Meanwhile. a bank robbery at BB&T in Herndon remains under investigation. No arrests have been made in connection with the incident.