New Webpage for Reston Association Updates — RA has created a new landing page specific to updates related to COVID-19. Member services will open to RA members on June 1. Appointments should be made over the phone or via email. Visitors to RA headquarters must wear masks. [Reston Association]

Outdoor Space for Restaurants, Exercise Approved — “The Fairfax County Board of Supervisors approved emergency rules today that will allow restaurants and exercise facilities to reopen outside under the state’s Phase I guidelines. The ordinance takes effect immediately now that Gov. Northam has announced the county will enter Phase One.” [Fairfax County Government]

Summer Concerts and Independence Day Celebrations Canceled — “The Fairfax County Park Authority’s Summer Entertainment Series will be canceled through July due to public safety concerns related to the COVID-19 pandemic, and Fourth of July events have been canceled, too. Centers for Disease Control and Prevention and health-related guidelines continue to recommend against large gatherings.” [Fairfax County Government] 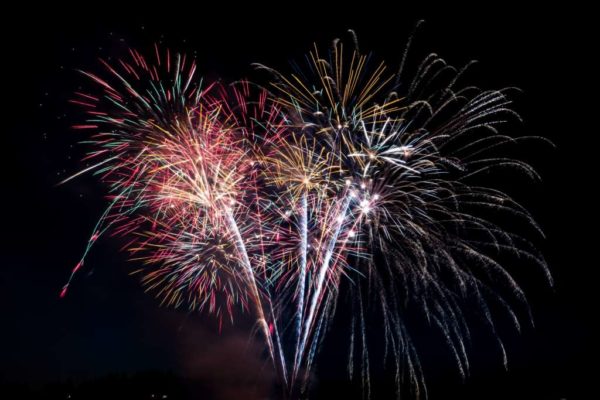 Fairfax County government offices and libraries are closed on Thursday, July 4 and Friday, July 5 for the Independence Day holiday.

The following is a list of closures and openings in the area:

There are plenty of local places to catch Independence Day events in Reston, Herndon and Great Falls.

The Fourth of July is coming up next Thursday, and several festivities are planned nearby.

Here’s where to head in Reston, Herndon and Great Falls for Independence Day events.

A precursor to fireworks, this free event will include a DJ, contests and pool time. Pizza, popcorn and cotton candy will be available to purchase.

Firecracker 5K for the Troops

The free, family-friendly events kick off with games, kids’ crafts and bingo at 6:30 p.m. Then, the ’80s cover band Guys In Thin Ties will perform at 7:15 p.m. The fireworks show begins at 9:30 p.m. Food will be available to purchase from vendors.

Photo by Elisha Terada on Unsplash

On the fourth of July last week I rode on a float in the Fairfax City Independence Day Parade, one of the largest in the state, with local Democrats promoting the candidacies of Senator Tim Kaine and Congressman Gerry Connelly for re-election and the election of Jennifer Wexton for Congress in the Tenth District. It brought back some pleasant old memories. When I first ran for elective office in the mid-1970s, I was running for the House of Delegates in what was then the 18th District.

It was represented by five at-large delegates. After the courts declared the Virginia redistricting unconstitutional after the 1970 census because it short-changed Northern Virginia in representation, the legislature simply divided Fairfax County into two halves with each half having five at-large members.

When I was first elected in 1978 I was part of a five-person delegation of three Democrats and two Republicans who represented the northern half of Fairfax County from Herndon to Baileys Crossroads including the cities of Fairfax and Falls Church. These large districts were declared unconstitutional in 1982, and single-member districts including District 36 were put into place and have been adjusted each census to reflect the changing population and a bit of gerrymandering of some districts to protect incumbents.

Except for Fourth of July celebrations political campaigns largely got underway after Labor Day. It seems that now they are perpetual. Door knocking on hot summer weekends was questionable when your body was dripping in sweat. Now there are regularly scheduled canvasses each weekend regardless of the heat. There is no better formula for success than direct contact with voters. In the fall the days get shorter and there is less opportunity to knock on doors in the evenings. Ringing doorbells after dark may lose as many votes as gained. Regardless of the heat, candidates need to be out and about to see voters.

At the parade and at neighborhood canvassing I have visited I have been impressed at the dedication of people who are volunteering to help identify, register and persuade voters. While I am overwhelmingly anxious about the direction of our country, I am encouraged and reassured by the volunteers I meet. They are determined to save our democratic institutions and to put us back on the path of a caring and open society.

When a volunteer comes to your door, please thank them for their work on behalf of our democracy. When volunteers from the other persuasion come by be polite and civil. Have faith that they will eventually see the light and join us. I am sure that we will win the vote in November, and we will go back to living together after that.

Thankfully I rode on a float in the parade because the heat was exhausting. It felt good to hear the cheers and see the friendly waves. Nothing like a parade to cheer you up. When the heat of the election season is past, I am confident that our country will have sent a message that we are returning to the moral values we share.

Fairfax County government offices and libraries are closed tomorrow (July 4) for the independence day holiday. Here’s a roundup of what you need to know as we head into the holiday:

There are plenty of local options to catch fireworks shows in the area. 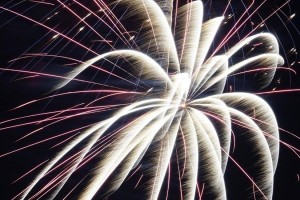 Most Fairfax County and federal services will be closed on Friday for July 4. Here is the status of some of the major agencies:

Recycling and Disposal Facilities at I-66 Transfer Station and I-95 Landfill Complex – Closed.

Metro – Metrorail will be open from 7 a.m. Friday to 3 a.m. Saturday. The trains will run on a Saturday schedule until about 2 p.m., so the service will be less frequent than on a normal Friday. After 2 p.m., as the number of people heading for the Mall increases, service will gradually increase to near rush-hour levels.

Supermarkets – most are open but may have shorter hours.