The Fairfax County Planning Commission deferred a decision on an application to rezone 4.3-acres of land to build a 145-unit multifamily building on the southwest corner of Reston Parkway and Sunrise Valley Drive.

Reston Corner, the name of the project, would bring a seven-story, $30 million residential building and a 438 free-standing, above-grade parking garage to the area, which is currently the site of surface parking and stormwater management pond. The garage would serve three office buildings next to the property.

Members of the commission flagged several concerns about the project, including the possibility that lighting in the garage would disturb residents in the adjacent apartment building.

The project is also next to the Reston Crescent, a 36-acre project. Residents would cross through that development to walk to Metro.

The developer took issue with providing $10,00 for a traffic preemption device during site plan approval. Instead, Mark Looney, the development team’s representative said it was more appropriate for the developer to offer the money once development was imminent at the time of the issuance of a building permit.

But Looney said it was unclear why the fire department needs the funds early in the development process but said the development team would be willing to comply with any requests. “If that’s the only point we’re arguing about, then the rest of the project is pretty darn good,” Looney said.

Other planning commissioners said they wanted to see other features of the plan, including the parking arrangement for workforce housing units, whether or not a tot lot would be shared by office tenants and residential units. Fairfax County Planning Commissioner Ellen Hurley also said she wanted to see a space for dog walking — an amenity the project did not yet have.

The commission will vote on the project on Oct. 18.

A proposal to build 145 multi-family units and offices is headed to the Fairfax County Planning Commission for approval on Thursday (Oct. 4).

An affiliate of Angelo, Gordon & Co. hopes to rezone office property to build the residential development on 4.3 acres of land on the southwest corner of Reston Parkway and Sunrise Valley Drive. A second application is under consideration by the same developer to increase the density of 9.9 acres of adjacent land as part of the same proposal.

The site of the project, called Reston Corner, is currently an office park. The developer hopes to create “a new urban neighborhood” with a seven-story residential building and an 85-foot office building.

The Fairfax County Fire and Rescue Department has requested $10,000 from the developer to install one traffic signal preemption device in order to “meet response time goals to emergency incidents,” according to a staff report.

The county estimates the development will generate 16 new students. The developer will contribute $12,262 for each student.

Other features of the plan include the following:

A date before the Fairfax County Board of Supervisors has not yet been set. 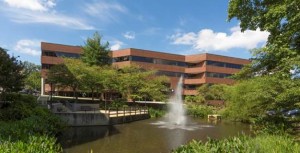 An affiliate of Angelo, Gordon & Co. hopes to transform nearly four acres of the Reston Corner office center into a mixed-used project with up to 145 residential units and a parking garage.

The company is seeking to create a “new urban neighborhood” at the heels of the future Reston Town Center Metro Station in an area slated for transit-oriented, mixed-use development. The residential building will create an “attractive” and “appropriate” transition from more intense development in the transit station area and low-rise residential development south of the property, according to a Jan. 4 proposal.

The project is located on the southwestern quadrant of the intersection of Reston Parkway and Sunrise Valley Drive.

The developer lays out a vision for a seven-story residential building with up to 1,500 square feet of secondary uses to serve residents. The 85-foot building would tower over office buildings near the site, which range from 55 to 69 feet.

The development implements the county’s vision to “achieve a better balance of residential and non-residential uses,” wrote Ben Wales of Cooley LLP in the statement.

A garage will replace surface parking used for three office buildings in Reston Corner. Residents would use the existing access onto Sunrise Valley Drive to limit the number of cars passing through Reston Corner.

The plan was set in motion when the company partnered with Atlantic Realty to purchase a portfolio of buildings in Reston in a $82 million deal. More development is envisioned as part of the partnership against the backdrop of commercial activity spurred by the Silver Line.

Other features of the plan include the following:

The complete plan is available below. 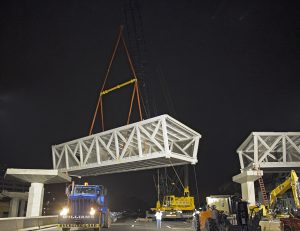 A 145-unit residential building could come to Reston Corner on the southwest corner of Reston Parkway and Sunrise Valley Drive.

Atlantic Realty Companies has submitted plans to the county to redevelop about 4.3 acres of the nearly 10-acre site known as Reston Corner, a process that would require the county to rezone land from light and industrial uses to residential use.

The site is within half a mile of the Reston Town Center Metro Station Platform, a location that allows residential uses of up to 30 units per acre if appropriate. The county’s Department of Planning and Zoning is reviewing the proposal, which was filed on Nov. 6 and is in the early phases of the county’s review process. A technical staff report has not yet been completed.

Surface parking spaces for existing office building at Reston Corner currently occupy the area where residential development is planned. The proposal includes up to 1,200 square feet of retail and 12 percent of the multi-family units will be set aside for workforce housing.

In the proposal, the developer wrote the building will provide an attractive, elegant element to Reston.